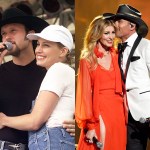 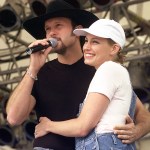 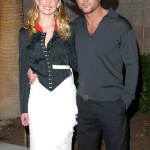 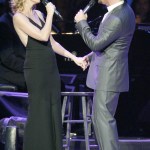 After 24 years of marriage, Tim McGraw and Faith Hill’s relationship is as strong as ever. Check out some of their best moments together in the spotlight over the years here.

Tim McGraw and Faith Hill are proof that some celebrity marriages CAN work for the long haul! In Oct. 2020, the country singers celebrated their 24 year wedding anniversary. With three children and dozens of career successes between the two of them, Tim and Faith have carved out the picture-perfect life, and they’ve done it all in the spotlight. However, they’ve found the perfect balance between fame and privacy throughout the years.

Tim and Faith first met in 1994 when they both attended a country music New Faces show. Faith was dealing with the aftermath of her divorce from her first husband, Daniel Hill, at the time. Meanwhile, Tim was in a relationship with Kristine Donahue, who he eventually proposed to. Despite their separate personal situations at the time, though, Tim and Faith felt an immediate connection with one another, they later revealed.

In 1996, the two teamed up for a joint tour, which meant they had the opportunity to spend a lot of time together. When the tour began, Tim had just split from Kristine, while Faith was engaged to Scott Hendricks. However, she quickly called off the engagement and got together with Tim. They got married that October after Faith found out that she was pregnant with the couple’s first child.

Tim and Faith welcomed their eldest daughter, Gracie McGraw, in May 1997. A second daughter, Maggie McGraw, followed in August 1998, and then their third daughter, Audrey McGraw, was born in December 2001. All three girls have developed followings of their own in recent years.

Throughout the years, Tim and Faith have recorded a number of duets together. They also went on three more tours together after the shows in 1996. In 2000, they teamed up for the Soul2Soul tour, followed by Soul2Soul II tour in 2006 and 2007. They brought the show back for the Soul2Soul World Tour in 2017, which was Faith’s first full tour in ten years.

Needless to say, Tim and Faith are total #RelationshipGoals, and fans cannot get enough of their incredible love story. Click through the gallery above to check out photos of how the two have grown and changed together over the years!