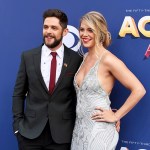 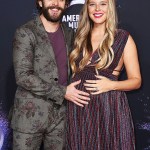 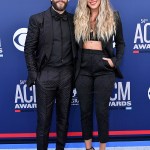 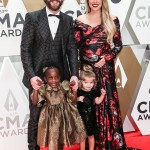 The country singer and his wife have been married for nine years, and together, they have four beautiful daughters. Find out more about Thomas Rhett’s four girls here!

Thomas Rhett has been a star of the country music scene since he made his debut in 2012, and he’s gone on to major success. He’s been nominated for a number of awards, including a handful of Grammys and CMA awards. The 31-year-old singer has also been married to his wife Lauren Akins, 32, since 2012, the year before he dropped his first full-length album It Goes Like This. Together, the pair have four daughters, ranging from one-month-old to 6-years-old. Find out more about all of Thomas’ daughters here!

Thomas’ oldest daughter Willa, 6, was born in November 2015. The singer and his wife adopted their eldest from Uganda in 2017. They announced that they were adopting, while they were also expecting their first biological child. The pair opened up about adopting her in a May 2020 interview on The Kelly Clarkson Show, and Lauren said she had an instant connection. “The second I touched her, it was, like, electric. I was like, oh my word, this little girl has just taken my heart. I was like, honey, we gotta find her a forever home. I know that’s why I’m here — to get this girl to her home,” she explained.

Willa has shown an interest in following in her dad’s footsteps in music. She joined Thomas, along with her younger sister for a Frozen-themed sing-along in April 2020. The “Look What God Gave Her” singer also shared a video with a song that Willa wrote in August 2021.

Lauren gave birth to the couple’s first biological child Ada James, 4, in August 2017. Thomas announced their daughter’s birth in an Instagram post. “[I]t was truly the most amazing thing I have ever experienced. I can’t believe that we have two daughters,” he wrote at the time. “We are so excited that Willa Gray has a baby sister! Thank you Lord and everyone for the prayers.”

Ada had also joined her dad for that Frozen-themed sing-along, and she made her red carpet debut along with her big sister in November 2019, when the whole family went to the CMA awards. On Ada’s fourth birthday, Thomas wrote a loving post for the girl. “You are such a beaming light in this this world,” he captioned the photo.

Thomas and Lauren had their third daughter Lauren Love, 1, in February 2020. The singer shared that his older daughters were super excited to have a little sister. “[W]atching our kids meet Lennon for the first time was probably the sweetest thing I’ve ever seen in my whole life! Ada James and Willa Gray are going to be the best big sisters on the planet,” he wrote in a caption.

While Lauren is only one, she still has plenty of growing up to do, but she doesn’t seem like she’s taken much interest in her dad’s music. She’s starred in a handful of his Instagram videos, where he’s playing guitar and singing, and she’s seemed like she had no interest in her dad’s songs. They’re hilarious and adorable, including one where he sang about fatherhood, as Lennon tried to get his attention.

Thomas and Lauren announced that she was pregnant with their fourth child in a May 2021 Instagram post. Lauren gave her husband the okay to announce that she was expecting during one of his concerts in Fort Worth, Texas. She gave birth to Lillie Carolina, 1 month, on November 15. “Watching a child being born is legit a miracle. 4 under 6 here we go,” he wrote in the announcement.