Snow White is the latest Disney fairytale that’s returning to the big screen soon. The 1937 animated film, Snow White and the Seven Dwarfs, is being remade into an upcoming live-action film produced by Walt Disney Pictures. Snow White’s been portrayed in live action before by Julia Roberts in 2012’s Mirror Mirror and by Kristen Stewart in 2012’s Snow White and the Huntsman. Those films also featured Snow’s iconic antagonist, the Evil Queen, who will of course appear in the upcoming film.

Snow White was actually Disney’s first animated feature and is still so beloved by fans. This live-action film has been in the works since 2016, so there’s a ton of hype for it to come out soon. Stars Rachel Zegler, who plays Snow White, and Gal Gadot, who plays the Evil Queen, debuted the first teaser trailer for the new movie at the D23 Expo on Friday, September 9. While the trailer wasn’t released online, fans in the room got the first look at the updated take on the classic movie. Rachel’s amazing reaction was caught on video, which you can see here. She teared up at the crowd’s response! “I didn’t even see it! I didn’t see what you guys saw!” she said, as the two walked out onstage.  HollywoodLife has rounded up everything we know, so far, about the next Snow White, including the epic casting choices, release date, and more. 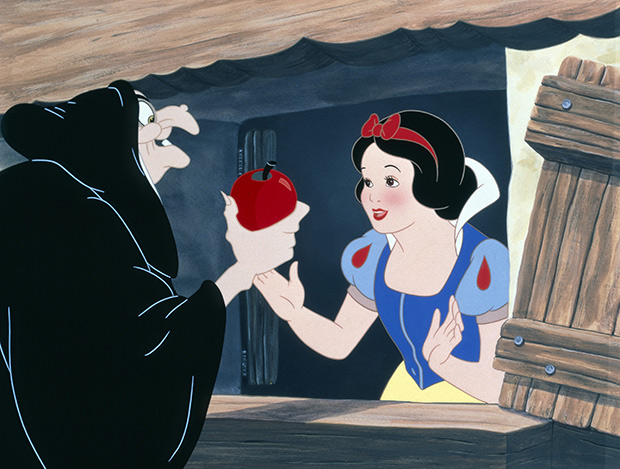 Rachel Zegleris the lucky actress that gets to play Snow White in the remake. The 21-year-old started on Broadway and has transitioned into film, starting with Steven Spielberg‘s 2021 remake of West Side Story. She starred opposite Ansel Elgort and Ariana DeBose and won the 2022 Golden Globe Award for Best in a Motion Picture Comedy or Musical for the role. Rachel’s casting in Snow White was officially announced in June 2021. “Rachel’s extraordinary vocal abilities are just the beginning of her gifts,” director Marc Webb said in a statement. Rachel, who is Latina, faced backlash for being cast in the lead role in Snow White, which she discussed on Variety’s Actors on Actors series with Andrew Garfield in January 2022.

“Never in a million years did I imagine that this would be a possibility for me. You don’t normally see Snow Whites that are of Latin descent,” she said in the interview. “You don’t particularly see people who look like me or are me playing roles like that. When it was announced, it was a huge thing that was trending on Twitter for days, because all of the people were angry. We need to love them in the right direction. At the end of the day, I have a job to do that I’m really excited to do. I get to be a Latina princess.”

Rachel will star opposite Gal Gadot, who is playing the Evil Queen. Gal, 37, is best known for playing Wonder Woman in various films in the DC Extended Universe, including Wonder Woman, the sequel Wonder Woman 1984, and Justice League. Gal was officially cast in Snow White in November 2021 and teased the role at the premiere of her Netflix film Red Notice that month. “I can’t say much other than the fact that I’m so excited and I cannot wait to get into the shoes and the crown of the Evil Queen,” she told People.

The final star confirmed for the remake is Andrew Burnap, who is playing a new character named Jonathan. Andrew, 31, starred in the Broadway production The Inheritance and won a Tony Award. He appeared in the 2018 film The Chaperone and has had television roles in Younger, The Good Fight, WeCrashed, and Under the Banner of Heaven.

Marc Webb, 47, is directing the Snow White remake. He previously directed The Amazing Spider-Man and its sequel that starred Andrew Garfield. Greta Gerwig and Erin Cressida Wilson are writing the screenplay, while Marc Platt is producing. Mandy Walker is the cinematographer, Mark Sanger is the editor, and the music is by songwriting duo Pasek & Paul, who previously worked on La La Land and The Greatest Showman. Walt Disney Pictures is producing and distributing the remake.

The Snow White remake is expected to loosely follow the traditional story originally told by Brothers Grimm in the 1812 German fairytale. The traditional elements of the story such as the magic mirror, the poisoned apple, and the glass coffin will pop up in the remake. Snow’s allies, the Seven Dwarfs, are expected to appear but that hasn’t sat well with Game of Thrones alum Peter Dinklage, who has a form of dwarfism. He criticized the remake during an interview on Marc Maron‘s podcast in January 2022. “It makes no sense to me. You’re progressive in one way, but then you’re still making that f**king backwards story about seven dwarfs living in a cave together, what the f*ck are you doing, man?” Peter said. Disney responded to his criticism in a statement, saying, “to avoid reinforcing stereotypes from the original animated film, we are taking a different approach with these seven characters and have been consulting with members of the dwarfism community.”

Snow White still does not have a release date, though it’s expected to come out in theaters sometime in 2023. Filming was set to begin in March 2020, but was delayed due to the COVID-19 pandemic. After Rachel and Gal’s casting was officially announced, production on the remake kicked off in March 2022. Filming briefly paused when a fire damaged the production set at Pinewood Studios in England. Gal confirmed in April 2022 that she finished filming her scenes, which include musical numbers. Filming is expected to officially conclude at the beginning of July, per reports. Disney debuted the first trailer at the D23 expo on Friday, September 9, 2022, per Variety.