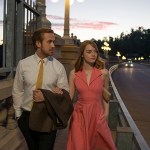 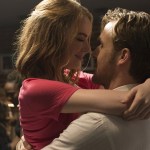 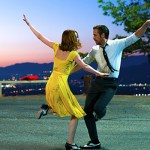 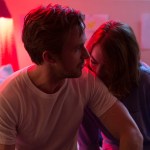 Ok, here’s an order from HollywoodLife — grab your best guy or girlfriend, a box of popcorn and snuggle down in your seat to take a magical journey into the unforgettable ‘La La Land.’

You don’t need to believe in love to fall in love with Ryan Gosling, Emma Stone and La La Land, the most romantic movie of the century. La La Land, which arrives in theaters today, is a big, earnest, old-fashioned musical, reinvented for the modern era, in a way that will capture your heart, no matter how cynical.

Giant kudos have been given to brilliant director, Damien Chazelle, who’s just 31 years old (yes, that’s right!) who clearly has a multitude of romantic bones in his body, despite being a Millennial. He’s not just in love and inspired by classic, old Hollywood musicals like Gigi and American In Paris, he’s also in love with every bit of LA, circa 2016, and all the dreamers hoping to make it big there.

It’s here that he sets his boy meets girl, boy and girl fight, flirt and then fall in love, and then boy loses girl, etc, story. But, Chazelle and La La Land do it all with so much hope and empathy, that every person who’s ever dreamt, hoped and longed for a soul mate will be glued.

Ryan Gosling (Sebastian) and Emma Stone (Mia) are imperfectly adorable as they strive to make their dreams happen in the harsh world of Hollywood. Poor Mia goes to audition after audition hoping for her big break. To pay the bills, she works in a cafe on the lot of a big movie studio, so at least she can feel a little bit connected to the world that she is desperate to break into. Ironically, her auditions are often cut short by some assistant delivering coffee to the casting directors judging her.

Sebastian, meanwhile, is a talented jazz pianist, who fantasizes about opening his own jazz club, circa 1950’s Charlie ‘Bird’ Parker. To make ends meet, he toils tinkling the piano, playing Christmas carols at a cheesy restaurant. Sebastian and Mia first meet in their cars in a massive traffic jam and, of course, their relationship starts with swearing and flipping fingers. But, this is not your everyday LA traffic disaster. Chazelle creates the best traffic jam that ever was, opening the film in heightened, bright colors. As his Los Angelenos find themselves at a standstill, they naturally just hop out of their cars and start singing and dancing and it’s stupendous!

You will honestly want to watch this opening song and dance number on rewind. “I’ve been stuck on freeways so many times and yes, wouldn’t it be wonderful if people just got out of their cars to sing and dance?” Chazelle told HollywoodLife.com EXCLUSIVELY, explaining his inspiration for the scene. Now, Chazelle may have set his film in Hollywood — which doesn’t exactly have a reputation for being a place that nurtures substance, but his Mia and Sebastian are not surface people.

That’s why they have to find each other. In a sea of starlets and EDM musicians, this is a pair of deep souls, serious about their careers and about connecting with each other on a substantive level. Their journey together is expressed in a series of vastly entertaining song and dance numbers and striking views and cinematography of LA.

Chazelle is ambitiously on a mission to revive musicals and he seriously succeeds. “I know people say they don’t like musicals but then you say — ‘so you don’t like Singing In The Rain? and they go ‘Oh, I like that one,'” he told HollywoodLife.com at a Peggy Siegal event in NYC. “So, they do like musicals. They just hadn’t seen one recently.”

Well, go to La La Land and not only will you see a musical — you will fall in love with it as surely as Mia and Sebastian fall for each other. Congrats, Damien!

Oh, and by the way — yes, it is Ryan playing all the piano by himself and he and Emma do all the singing and dancing! So impressive. Check out La La Land, HollywoodLifers! You won’t be disappointed!