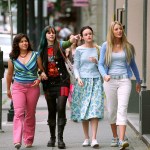 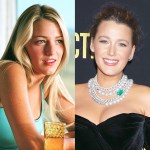 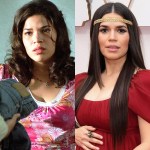 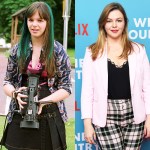 15 years ago, ‘The Sisterhood of the Traveling Pants’ swept fans away with its heartfelt story of the bond — and the jeans — shared by four women. On the film’s anniversary, we’re looking back at the casts’ stunning transformations!

In 2005, BFFs Tibby (Amber Tamblyn), Lena (Alexis Bledel), Carmen (America Ferrera), and Bridget (Blake Lively), embarked on a journey that would make their bonds as strong as the threads from their favorite pair of jeans. The Sisterhood of the Traveling Pants was released on this day, June 1, 15 years ago! In the time since, all four of the actresses who starred in the quintessential teen dramedy have gone on to flourish in their respective careers. To commemorate this monumental anniversary, we’re looking back at how much the cast has changed over the years!

Blake Lively burst onto the scene when she appeared as Bridget in the 2005 film adaptation based on the novel by Ann Brashares. The Sisterhood of the Traveling Pants was the actress’s first major role and she went on to reprise it in the 2008 sequel. Beyond Sisterhood, Lively is best known for playing Serena van der Woodsen on The CW series Gossip Girl from 2007-2012. Following her leading role on the series, Lively went on to star in films like The Age of Adeline (2015), The Shallows (2016), A Simple Favor (2018), and The Rhythm Section (2020). It was also on the set of the 2011 film Green Lantern where Lively met her now-husband, Ryan Reynolds. The couple tied the knot in September 2012 and have since welcomed three daughters — James, 5, Inez, 3, and a third daughter born in 2019 whose name has yet to be revealed.

America Ferrera’s star has also risen in Hollywood since she graced the screen as Carmen! Following her breakout role in the film, Ferrera starred as the titular Betty Suarez on the ABC series Ugly Betty from 2006-2010. For her work, Ferrera won a Golden Globe award in 2007 and was nominated for two Emmy awards in 2007 and 2008! She appeared in a number of series after the show wrapped, including The Good Wife, Gentefied, and earned the starring role on the NBC comedy series Superstore. She’s also voiced the character Astrid in the How to Train Your Dragon franchise. As for her personal life, Ferrera has been married to Ryan Piers Williams since 2011, and the couple have two children — two-year-old Sebastian, and their daughter, Lucia, whom the couple welcomed in May 2020. While fans anxiously await any news on a potential Sisterhood of the Traveling Pants 3, take a stroll down memory lane in your favorite pair of denim and see where the rest of the beloved cast is today!