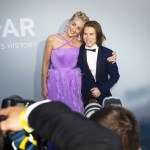 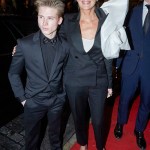 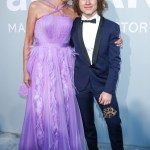 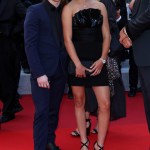 While Sharon Stone is best-known as a Golden Globe winning and critically-acclaimed actress, she’s also built a strong family with her three boys! Find out more about the actress’s three adopted sons: Roan, Laird, and Quinn.

Sharon Stone, 63, is one of the most beloved and respected actresses of the past four decades. After beginning her acting career in the 1980s with small roles, the actress broke out to a mainstream audience with her role in 1990’s sci-fi thriller Total Recall. Since then, she’s gone on to numerous memorable and critically-acclaimed movies like 1992’s Basic Instinct and 1995’s Casino, which earned her an Oscar nomination and a Golden Globe win! Sharon married journalist and editor Phil Bronstein, 70, in 1998. After multiple miscarriages, the couple opted to adopt a son in 2000, but they later split up in 2003. After the divorce, Sharon adopted two more boys in 2005 and 2006.

While Sharon has been a single mother of three for over 10 years, the actress seems to really enjoy raising her boys. She revealed to HollywoodLife in a 2017 interview that she revels in being a parent. “I don’t think parenting is hard because I love parenting, and I think the things that you love and are dedicated to aren’t hard even when they are complicated,” she said at the time. She even celebrated National Sons Day in 2021 with a hilariously candid photo of the three. Keep reading to find out more about all three of Sharon’s kids!

Sharon adopted Roan Joseph Bronstein, 21, in 2000, while she was with her first husband. After Sharon and Phil’s divorce was finalized in 2004, the exes went through a tight custody battle over Roan. In 2008, a judge ruled in favor of Phil having full custody of their son, while Sharon had visitation rights, via TODAY. The eldest of her three boys, it seems like Roan is going to take after his mom and pursue an acting career. His first movie What About Love will be his big screen debut alongside Sharon, and it’s expected to come out in February 2022, according to IMDb. Ahead of his movie debut, Sharon bonded with the boy a lot throughout 2021. She was seen walking with him out and about in July, and Roan was even her date to a red carpet appearance as part of the Cannes Film Festival. 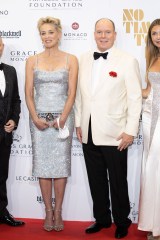 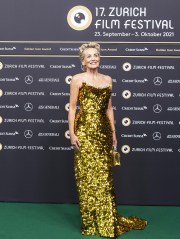 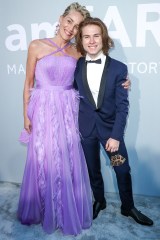 After her divorce, Sharon adopted her second son Laird Vonne Stone, 16, in 2005! Sharon has posted occasional photos of all three of her sons over the years to her Instagram. They’re usually all somewhat humorous peaks into their daily life, like when the Sliver star posted a photo of herself laying on a couch with Roan and Laird and her younger son Quinn lying on the floor in May 2021. While not too much is known about Laird, the middle son did take part in a 2017 Mother’s Day event where Sharon was presented with a “Mother of The Year” award from the Associates for Breast and Prostate Cancer Studies, per People. Laird delivered a speech praising his mom for her parenting skills. “My mother deserves this award. I love you mom,” he said.

Sharon’s youngest son Quinn Kelly Stone, 15, was adopted in 2006. Like his older brother, the actress’s youngest son has also been his mom’s plus one for certain events! Sharon once posted a throwback photo of herself with the little one at a Paris Fashion week event in 2012. At the same Mother’s Day event as mentioned before, Quinn had such kind words for his mom. “She is loving, caring and a great person,” he said.