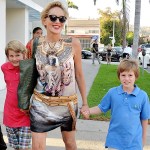 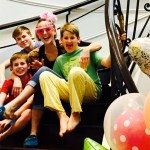 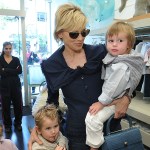 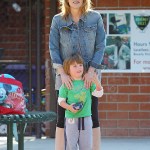 Looks like Sharon Stone’s a real-life supermom! At 59, the actress, who’s as active as ever BTW, is a mom to 3 young boys and isn’t even slightly phased by the craziness of raising them. In fact, being a mom is Sharon’s favorite role — and it’s one she describes as adventurous & full of ‘love.’ Aw!

Sharon Stone, 59, makes it all look so easy! From her long impressive career to her seemingly full-filling family life, the model/actress hasn’t missed a beat since becoming a mom 16 years ago. And the craziest part? To her, it IS that easy! In fact, in a recent interview with HollywoodLife.com, the star revealed that she doesn’t think of motherhood as “hard” at all — it’s simply just something that she not only enjoys, but full-heartedly loves. How sweet is THAT?

“I think if you love parenting it just gets more and more interesting, it doesn’t get easier or harder,” Sharon explained. “I don’t think parenting is hard because I love parenting, and I think the things that you love and are dedicated to aren’t hard even when the are complicated.” Pretty profound, right? And we totally get what she’s saying. So if parenthood truly is as great for her as she says, what are some memorable mommy moments she’s had lately? Apparently too many to count!

“There are moments, there are moments that just keep coming,” Sharon said, racking her brain for specifics. “My middle son came into my kitchen and I said, ‘Do you know how much I love you?’ and he said, ‘Yeah’ and walked out of the kitchen. And he poked his head back in and then said, ‘I am happy to have you as my mom.'” SO precious! And coming from an 11-year-old, that is no small thing.

Sharon has three boys, all who were adopted. Her oldest son, Roan Joseph Bronstein, is 16 years old, and was adopted by the blonde beauty and her ex-husband Phil Bronstein, 66, back in 2000. Later, Sharon adopted Laird Vonne Stone, 11, and Quinn Kelly Stone, 10, on her own. “Of course I see videos of them when they were small and I am absolutely enthralled by that…. The moments just keep on coming,” Sharon added of how much she loves being a mom.

And despite the challenges that parenting — especially solo parenting — inevitably bring, Sharon makes sure to keep things in perspective. Her secret is simple, think about the love. “I think that love is the greatest faith there is,” the star explained. “And if you stay in your love, you are going to be ok.” Pretty sound advice.

Tell us, HollywoodLifers — do you admire Sharon’s attitude about motherhood? Are you surprised she never had a daughter?