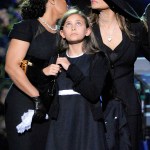 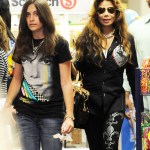 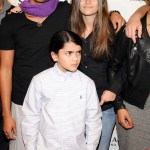 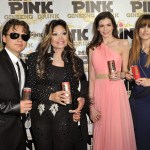 Michael Jackson’s daughter, Paris Jackson, has grown up in the spotlight, and she’s come a long way since her early years in the public eye.

Happy birthday, Paris Jackson! The middle child of Michael Jackson turns 23 on April 3, and in honor of her big day, we’re taking a look back at how much she’s grown up right in front of our eyes over the years. While Paris may be best known for being Michael’s only daughter, she’s also forged a career as a model and singer in her own right. It’s safe to say that she’s definitely stepped outside her famous family’s shadow in recent years!

When Paris and her brothers, Prince Jackson and Blanket Jackson, were young, Michael mostly kept them out of the public eye. At the singer’s public memorial service after his death in 2009, though, the kids bravely stood onstage with their family members to mourn Michael. Paris even famously gave a short, but sweet, speech in front of the huge crowd, and she fought back tears as she remembered her father. At the time, she was just 11 years old.

By 2017, Paris had signed a modeling contract, and began attending high profile events like the Met Gala, Vanity Fair Oscar Party and Grammys. She began developing a unique sense of style, which she showed off with her red carpet and street style looks. During her teen years, Paris had a grungy look, which she rocked perfectly. She’s also worn a number of hairstyles through the years. At one point, she even chopped off her locks and debuted a platinum blonde pixie cut!

Although she had some struggles along the way, including various suicide attempts, Paris has come out stronger. Now, she mostly seems to be focused on her career as a singer. In 2020, she even released her very first album as a solo artist. Check out the gallery above to see how much Paris has changed through the years, from a pre-teen to now!