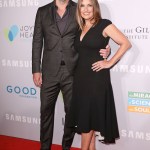 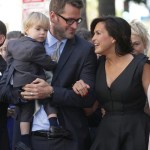 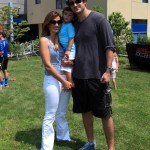 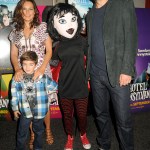 Mariska Hargitay is a proud mom to three children, two of whom are adopted. Find out more about Mariska and husband Peter Hermann’s little ones.

To most people, Mariska Hargitay is known as Olivia Benson, the badass police detective-turned-captain in Law & Order: SVU. But at home, the 57-year-old actress is simply known as “Mom” to her three kids, whom she shares with husband Peter Hermann. Mariska married Peter, who is best known for his role in Younger, in 2004, and not long after they became proud parents to son August Miklos Hermann, 15, daughter Amaya Josephine Hermann, 10, and son Andrew Nicholas Hermann, 9.

Mariska welcomed her younger two children via adoption, and over the years she’s been open about how much joy she gets out of motherhood. “The thing that’s made me a better parent is my kids,” she told People in 2018. “Because they taught me to really listen. My husband is my North Star, and my kids are my teachers.” Here is everything you need to know about Mariska and Peter’s three children.

Mariska and Peter welcomed son August on June 28, 2006, less than two years after the couple’s wedding. Mariska had to undergo an emergency caesarean section, which came after a difficult pregnancy for the actress. She was diagnosed with gestational diabetes in her third semester, due to eating so much to keep up her energy to film SVU. But Mariska eventually gave birth to a healthy baby boy, which she had long been awaiting. “Nobody wanted to be pregnant more than me,” the star told Self Magazine in 2007. “From the minute I found out, I was wearing full-on maternity pants. My stomach was totally flat, mind you, but I was just so excited.”

August is now a teenager, and he’s been snapped on his mom’s social media pages before. Mariska has also opened up before about having a hard time missing out on things for August due to her career. “I get jealous that other people get to take August to school and pick him up. It’s hard for me to go to his school and not know all the parents,” she said in a previous interview. “They all know one another and it’s a community. I can’t always be a part of that. You can’t have everything, though.”

Mariska and Peter wanted to still expand their family after August’s birth, but were weary considering Mariska’s health issues. So, the couple looked into adoption, and on April 7, 2011, they adopted Amaya Josephine from Africa after attending her birth. “I basically pulled Amaya out,” Mariska told Good Housekeeping in 2012 about Amya’s birth. “Peter and I held her, and then the birth mother and I hugged for a long time. That was profound. That was one of the most meaningful moments I’ve ever had in my life.”

In October 2011, just a few months after they brought home Amaya, Mariska and Peter adopted a second child, son Andrew Nicholas, who was born two months premature. The couple’s adoption lawyer called them to inform them that a friend of theirs, named Andrew, had died, and also filled them in on a baby that needed a home. “It was like…a miracle. And I don’t use that word lightly,” Mariska told Good Housekeeping of adopting a second child. “I’ve never made a bigger decision so quickly. The whole thing happened in a total of two days. The couple decided to name their second son Andrew, after their friend who had passed.

Since completing her family, Mariska has been open about how raising three children wasn’t always easy. “It’s a lot, but that’s what you do. That’s life. You’ve gotta go with it. The highs are high, and the lows are low,” she said. And speaking of the highs, Mariska has made it clear that of all her blessings in life, being a mother is the best one. “Our family is so perfect, or at least perfect for me,” she said in her 2018 People interview. “Together we’re just this whole, happy, joyful, chaotic, crazy unit. I’ve never known anything that was more right.”