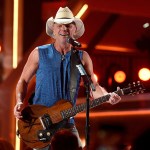 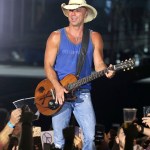 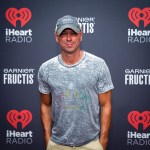 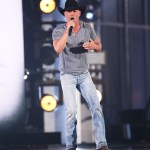 Aside from one high-profile marriage to Renee Zellweger, Kenny Chesney has kept his love life mostly out of the public eye.

Kenny Chesney is one of the biggest stars in country music, but when he’s not onstage performing, he’s a very private person. For the most part, Kenny’s personal life is kept out of the public eye, which has led to a lot of questions amongst fans about his love life. Of course, many will remember Kenny’s very brief marriage to Renee Zellweger, which ended in an annulment, but for the most part, Kenny has not publicly dated.

Because of the 53-year-old’s elusiveness about his love life, many have also wondered about Kenny’s sexuality over the years. He has publicly addressed (and denied) the rumors that he is gay. Since 2012, Kenny has been in a very low-key, private relationship with Mary Nolan, who he is rarely photographed out in public with. Below, see everything we know about Kenny’s love life:

Kenny met actress Renee Zellweger while they were both attending NBC’s Concert of Hope, a tsunami aid telethon, in January 2005. After meeting, Kenny and Renee started quietly dating. In fact, it wasn’t until the end of April 2005 that the public found out about their relationship. During one of Kenny’s concerts in Jacksonville, Florida, Renee showed up onstage and delivered him a margarita — and a kiss!

Just over a week later, Kenny and Renee shocked fans by getting married in St. John. The wedding was small and intimate, with just over 30 guests in attendance. Clearly, this was quite the whirlwind romance. “[Renee] said she’s been waiting all these years for the right person to come into her life,” one of Kenny’s friends and wedding guests told People after the nuptials. “When she met Kenny, she knew. She said she didn’t want to wait to find out if it was right. She knew right [then].”

Kenny also gushed that Renee was “someone who is so perfect for [him].” Interestingly, three years before he even met Renee, Kenny listed her as one of his top “three sexiest women” (along with Charlize Theron and Janet Jackson) during an interview.

Unfortunately, the honeymoon phase of this marriage did not last long. On Sept. 15, 2005, just over four months after Kenny and Renee got married, they announced that they had broken up. Not only were the stars splitting, but they were also looking to annul their marriage. Three months later, in December 2005, the annulment was finalized.

Kenny admitted in 2007 that he had “no regrets” about the situation, though. “I loved her, you know?” he revealed on 60 Minutes. “And it was real.” In 2010, he opened up to Oprah about the split, as well. “I panicked,” he explained. “[Renee’s] a sweet soul, no doubt about it, but I just wasn’t ready. This is the first time I’ve actually talked about it, but that’s what happened.”

When Renee filed for annulment, she listed ‘fraud’ as the reason for the decision to declare the marriage as invalid. Immediately, public speculation began about why Renee considered the marriage a ‘fraud,’ and rumors began circulating that Kenny was gay. During an interview with 60 Minutes in 2007, he shut down the speculation. “It’s not true. Period,” he said. “No I’m not (gay), but I didn’t want to draw any more attention to it. I didn’t have to prove to anybody that I wasn’t. I didn’t feel like I really did.”

He added, “We thought the least harmful (reason for annulment) was fraud because it’s kind of broad and doesn’t specify. And boy….we were wrong. The only fraud committed was me thinking that I knew what it was like — that I really understood what it was like to be married — and I really didn’t.” The pair clarified the reason for their split in a joint statement. “The miscommunication of the objective of their marriage at the start is the only reason for this annulment,” the statement said. “Renee and Kenny value and respect each other and are saddened that their different objectives prevent the success of this marriage.”

Kenny further discussed the situation in an interview with Playboy in 2009. “I think people need to live their lives the way they want to, but I’m pretty confident in the fact that I love girls,” he told the magazine. “I’ve got a long line of girls who could testify that I’m not gay. In order for us to get an annulment, the legal papers could claim either physical abuse, which wasn’t true, or three or four other things that also weren’t true. The best thing we could put in there was fraud. So I said, All right, do it. Whatever.”

Meanwhile, at the time of the annulment, Renee also issued a statement of her own regarding the rumors about Kenny’s sexuality. The actress explained that the use of ‘fraud’ in the annulment was “simply legal language and not a reflection of Kenny’s character.” She added, “I would personally be very grateful for your support in refraining from drawing derogatory, hurtful, sensationalized or untrue conclusions and greatly appreciate your understanding that we hope to experience this transition as privately as possible.”

In 2016, Renee was reminded about the controversy during an interview. “I forgot about that,” she admitted to The Advocate. “That’s a pretty big thing to forget, isn’t it? That made me sad. It made me sad that somehow people were using that as a way to be cruel and calling someone gay as a pejorative, which has fateful consequences. Of course, there’s the bigger picture problem of why anyone had to make up a story at all.”

Who Is Kenny Dating Now?

Since 2012, Kenny has been in a relationship with Mary Nolan. However, the two have been extremely private about their relationship in the nearly 10 years that they’ve been together. Very little is known about Mary, and Kenny seems to be intent on keeping their love out of the public eye. In 2014, the country star brought Mary as his date to the American Country Countdown Awards in Nashville, and she sat beside him in the audience. Throughout the night, Mary even got to mingle with some of Kenny’s friends, including Luke Bryan and Garth Brooks. In 2016, Mary was also by Kenny’s side at the CMA Awards, and gave him a congratulatory kiss when he was given the prestigious Pinnacle Award at the show, which you can see in the video above.

Who Else Has Kenny Dated?

As a young, single man, Kenny definitely enjoyed his time courting women. During a 2009 interview with Playboy, he admitted that he’d slept with “over 100” women. “I was over 100 several years ago,” Kenny told the mag. “I can’t believe I’m actually saying this on the record. That was probably back in 2001. I had a good time in college, I really did. My first few years on the road were intense because I was the guy in college who never got laid until I started playing guitar. There were years when I had a better summer than [Alex Rodriguez]. I got on the boards quite often. From 1993 until 1998, those five years were a blur. We would party on the bus after every show.”

Obviously, that all changed when Kenny (briefly) settled down with Renee. After the divorce, he started a relationship with Amy Colley, who was Miss Tennessee 2005. She also worked as a burn-unit nurse. Throughout their relationship, Kenny and Amy were spotted vacationing in the Bahamas and Malibu, but they mostly kept their love out of the public. They were together for two years. However, the relationship came to an end after Kenny was spotted in Cancun with ESPN broadcaster, Jenn Brown, in 2010.

Of course, with Kenny’s status as a famous country singer, he’s also been embroiled in plenty of dating rumors over the years. At one point, it was reported that he was dating fellow country star, Sara Evans. He eventually called the rumor “ridiculous.” He was also once linked to his one of his tour mates, Miranda Lambert, but that turned out to be a rumor, as well.

Clearly, it’s very important to Kenny that his personal life is kept out of the public eye. When he’s not touring or performing on an award show, Kenny is very private about his life, and spends a lot of his time away from the cameras in St. John. For this country superstar, it’s definitely all about the music when it comes to life in the spotlight!