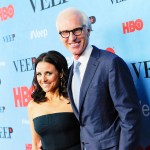 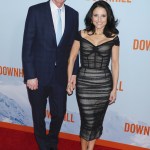 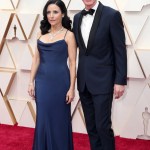 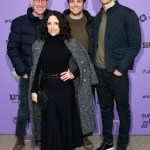 Julia Louis-Dreyfus has been with her husband throughout her entire professional career! The two comedians have been with each other through major success. Find out more about Brad Hall here!

Julia Louis-Dreyfus, 61, has had one of the most successful comedy careers of the past 30 years. After gaining national stardom as one of the leads on the decade-defining sitcom Seinfeld, Julia has only gotten bigger throughout her career. Between Seinfeld, her 2006-2010 running sitcom The New Adventures of Old Christine, and her most recent political satire Veep, she’s won 11 Emmy awards and been nominated for countless others. Throughout her career though she’s had one man consistently by her side Brad Hall, 63. Find out more about the hilarious couple here!

How did Brad and Julia meet?

While both Brad and Julia have worked together on a number of projects, they’re actually college sweethearts! They met while they were both students at Northwestern University, and they made political sketches about environmental issues in Brad’s comedy troupe “The Practical Theater,” he revealed in a 2003 interview with the environmental non-profit Grist. Julia admitted to being absolutely smitten by the comedian. “I was about 19 at the time and had fallen head over heels in love with Brad. He was a senior with a big old beard and Jesus hair,” she said.

The pair tied the knot in 1987, and they couldn’t seem more in love even over 30 years later. Julia shared a sweet pair of photos of the two of them taking a dip in the ocean on June 25, 2021 to celebrate their 34th wedding anniversary. “Keeping our head above water. Love and love to the love of my life,” she wrote in the caption.

Julia Louis-Dreyfus Through The Years -- Photos 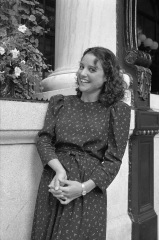 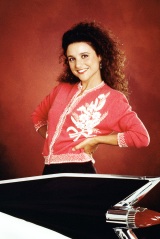 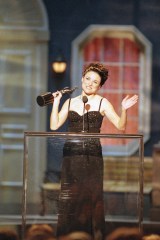 Brad is a comedian too

Since they met as part of a comedy troupe, it’s probably not surprising to learn that Brad is also a comedian. Both Brad and Julia shared the spotlight as cast members on Saturday Night Live from 1982 to 1984. During their time on SNL, Brad was even one of the anchors for the long-running, news sketch series “Weekend Update.” Besides the comedy institution, the couple also appeared together as themselves on two episodes Seinfeld-creator Larry David’s other classic series Curb Your Enthusiasm, per IMDb.

Brad has also made plenty of appearances on his own, taking on small roles in a few other beloved comedy series and movies. He’s made appearances in one-off episodes of the sitcoms Parks & Recreation and Brooklyn Nine-Nine. He also lent his voice to the Pixar-animated movie A Bug’s Life.

He’s a dedicated father to their two kids

Throughout their undoubtedly busy lives, Julia and Brad also raised two wonderful sons. They had their first Henry, 29, in July 1992, and their younger son Charlie, 24, in May 1997. Both kids clearly inherited their entertainment-oriented family’s genes! Henry pursued a music career, releasing his debut album Neato in October 2020. Charlie has taken after his parents and dabbled in acting. He made an appearance on his mom’s show Veep in 2019, and most recently he had a recurring role in the series Love, Victor, according to his IMDb.

He’s produced and written for a bunch of TV shows

While Brad may have done some work in front of the camera, more recently he’s done more of his business in the entertainment industry from behind-the-scenes. He’s been a writer, director and producer for various shows including Brooklyn Bridge, which he was nominated for an Emmy for, The Single Guy, which he was a writer and producer for, and many more. He even directed his wife in three episodes of her critically-acclaimed series Veep.

He was very supportive of Julia when she battled cancer

Julia’s battle with breast cancer from 2017 to 2018 was well-documented, and the comedic actress completed her treatment and was cancer-free, as she continued working on Veep. Brad opened up about it being a “very challenging” time for the whole family in a March 2019 interview with Us Weekly. “I think in the end she came out so well. We’re blessed and grateful, she’s got great health care… that, for us, was a wakeup call,” he said at the time.