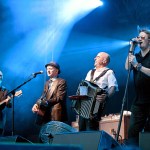 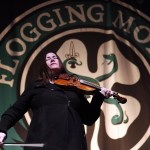 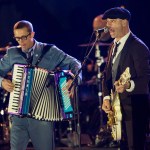 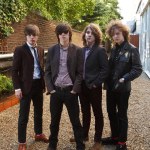 It’s St. Patrick’s Day, so check out this playlist of 20-plus punk and rock bands to make your Irish eyes smile.

While traditional Irish music is completely appropriate for St. Patrick’s Day, sometimes, you want to listen to something that makes you want to pogo around like a lunatic. Thankfully, Ireland has a rich history of punk and rock bands, which we here at HollywoodLife have been compiled into a playlist below for your enjoyment. While this list is by no means complete, there are plenty of groups to jam while drinking back a pint of your favorite Irish red ale safely at home until we get the go-ahead to return to the pubs.

When it comes to Irish punk, a handful of bands immediately springs to mind. One of them, Stiff Little Fingers, formed in 1977, back in the first wave of punk. The group still performs and records, though vocalist and guitarist Jake Burns is the only remaining original member. If you want to check them out, try spinning Nobody’s Heroes. It’s one of the best albums ever and perfect to play while drinking down some Bushmills with your mates on Zoom.

The Nips (aka the Nipple Erectors) are also from that early era of punk rock, and the band (fronted by the fierce Shanne Bradley) is noted as being Shane MacGowan’s first group. He would form The Pogues in London (though they’re still technically considered an Irish band.) He’s still playing to this day as part of Shane MacGowan and The Popes.

Shane and the Pogues have been credited with creating a whole new subgenre of music: Celtic punk. This music was made popular in the States by groups like Dropkick Murphys, Flogging Molly, The Mahones, and more. Yes, the Dropkicks are technically not an Irish punk band (which is no surprise considering how much the group reps Boston.) The Beantown heroes play Irish-themed punk, but they’re so synonymous with St. Patrick’s Day, they even get made fun of for it. “Dropkick Murphys Chained Up In Basement Until Next St. Patrick’s Day,” claims The Hard Times, a satirical punk publication (think The Onion meets The Decline Of Western Civilization). The Murphys announced in 2021 that they’re relating their tenth studio album, Turn Up That Dial, in April, and would celebrate St. Patrick’s Day 2020 with their second consecutive virtual show.

While Thin Lizzy is a staple of most classic rock stations, you can’t go wrong with throwing “Jailbreak” or “The Boys Are Back In Town” in the mix. If you’re in the mood for something more groovy, there are The Boomtown Rats. The group, fronted by Bob Geldof, 65, dipped their toes in all sorts of genres — ska, new wave, and punk — before breaking up in 1986. For a more modern, faster ska-punk, there’s always Dublin’s Chewing On Tinfoil. There are so many other Irish punk bands – from the political punk of Distorted Vision to the original Celtic rockers, The Tossers – so check them out. Add them to your rotation, and remember: wear a mask, get vaccinated, and don’t take your drink into the mosh pit.