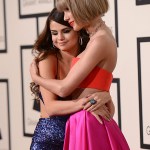 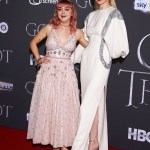 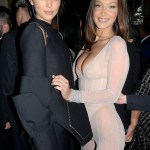 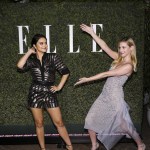 The United Nations proclaimed that the International Day of Friendship would be celebrated every year on July 30 – aka today! We’re commemorating the occasion by taking a look at some of the cutest celeb besties.

Happy International Day of Friendship! The ceremonious day takes place today, July 30, so we thought we would celebrate it by reflecting on some of our favorite famous friends. But first, you might be wondering what’s the deal with the holiday. In 2011, the United Nations General Assembly proclaimed the holiday, “with the idea that friendship between peoples, countries, cultures and individuals can inspire peace efforts and build bridges between communities,” according to the UN’s website.

As lovers of all things Hollywood, there are definitely plenty of celeb besties whose friendships we admire. Taylor Swift and Selena Gomez are definitely included in that group. The pair have been best friends for more than a decade, having first met in 2008 when they dated Joe and Nick Jonas. Selena discussed how their friendship began during an interview with KISS FM. “It was amazing, because she was the girl with the big curly hair and all the bracelets and the cowboy boots. And I was definitely up-and-coming, and we just clicked. It was the best thing we got out of those relationships,” she said.

Taylor’s ex Joe went on to marry Sophie Turner during the summer of 2019, who is also one-half of one of the cutest celeb BFF duos. The Game of Thrones alum became incredibly close to her onscreen sister, Maisie Williams, throughout filming the show’s eight seasons. Maisie was even Sophie’s maid of honor in her wedding and we can’t help but think she’ll have a very special role in Sophie and Joe’s newborn daughter, Willa‘s, life!

Since they were often promoting the same series, Maisie and Sophie shared many red carpet moments, including one where the Queen of the North bent the knee to help her pal. At the 2017 Golden Globes, Maisie took the carpet solo in a gorgeous yellow gown, quickly followed by the Dark Phoenix star who showed up simply to fix her bestie’s train. We appreciate friends who are always willing to lend a helping hand!

Sophie and Maisie and Taylor and Selena aren’t the only celeb BFFs who show off their model behavior. Gigi Hadid and Kendall Jenner came up as sought-after models together, so naturally they became quick pals! In fact, the two have shared the runway together, just like they did at the Victoria’s Secret Fashion Show! How sweet! These two are so supportive of each other’s careers, and with Gigi’s first baby with Zayn Malik on the way, we know that Kendall will be right by her side offering as much support as possible.

Head up to the gallery above to see even more celebrity BFFs.