While it’s evident that Hollywood’s leading ladies had an amazing 2019 — from Taylor Swift‘s new album, to Normani‘s breakout year — it’s the men we need to shine a bit of light on. This Thanksgiving, we’re thankful for Hollywood’s hottest hunks, including Drake, Jason Momoa, LeBron James and more, who’ve shattered records in music, movies and sports. Take a look at the these stars and more in our attached gallery and join us in giving thanks to these great talents!

It would be an injustice to the three men who captured our hearts many years ago, and band together once and for all in an iconic 2019 takeover. Yes, we’re talking about Joe, Nick and Kevin Jonas. The Jo Bros have proven that their legacy certainly lived on after the June release of their Happiness Begins album. After venturing into solo careers, the brothers’ comeback album debuted at No. 1 on the Billboard 200.

Oh, and, Joe married Game of Thrones actress, Sophie Turner, twice! The couple, who first wed in Las Vegas on May 1, tied the knot at a chateau in France later that June. The nuptials came after Joe and Sophie announced their engagement on social media, captioning matching photos of her diamond ring: “I said yes” and “She said yes.” 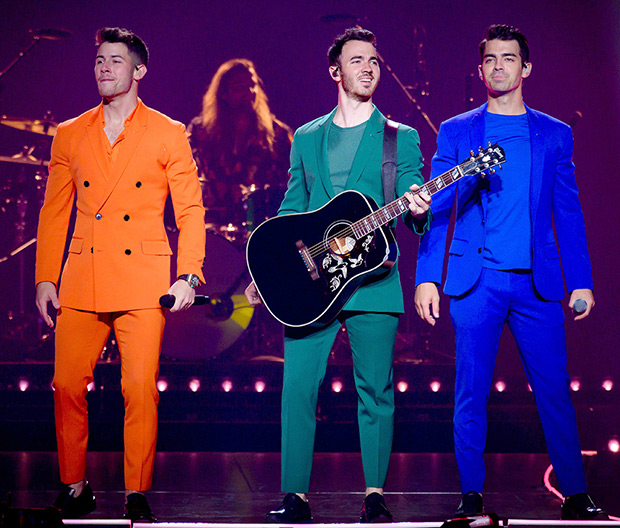 The trio isn’t alone in their year of success in career, life and love. Jason Momoa celebrated Aquaman‘s billion dollar milestone at the box office. Prince Harry welcomed his first child, a son named Archie, with wife, Duchess of Sussex Meghan Markle in May.

Related: Bradley Cooper’s Mom: Everything To Know About Gloria Campano

Then there’s Dwyane Wade. The three-time NBA champion may have retired his Miami Heat jersey and closed the chapter on his iconic career on the hardwood. — But, he took on a different role in sports as an analyst and commentator with TNT. The new dad, who welcomed his first child via surrogate, daughter Kaavia James with wife, Gabrielle Union in November 2018 — signed a multi-year deal reportedly worth millions. Meanwhile, his best friend and former teammate, LeBron James is in 17 year of his NBA career and is still putting up MVP-worth numbers. So, his 2019 accolades need no introduction.

Check out our attached gallery to celebrate more Hollywood hunks we’re thankful for this year. From newly single Liam Hemsworth, to A Star Is Born‘s Bradley Cooper and more, we’re tipping our hat off to the men of Hollywood!