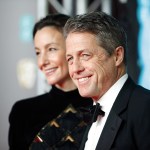 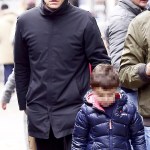 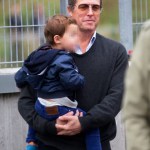 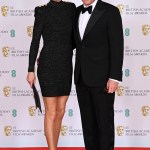 Hugh Grant has five children with two different women. Here is everything to know about the iconic rom-com actor’s kids.

For the first five decades of his life, Hugh Grant, 61, solely focused on his career. The British actor has appeared in some of the most iconic romantic comedies of all time, including Four Weddings and a Funeral, Notting Hill, and Love Actually. But once Hugh reached his 50s, he ventured into fatherhood when his first child, daughter Tabitha, was born in September 2011. In the decade since, Hugh has became a dad to four more children — two sons and two daughters — from his relationships with two different women, Tinglan Hong and Anna Eberstein.

Hugh’s family life is complicated, and he’s kept his children out of the spotlight. But Hugh has been truly overjoyed ever since becoming a father. “It’s just lovely to have all that love around,” he told People in 2018. “Suddenly you love someone more than yourself. It’s unheard of in my case and they love you and it’s all enchanting.” Below, everything to know about Hugh Grant’s five children — and details on that complicated family life we mentioned.

Hugh’s eldest child, Tabitha Grant, 9, was born as a result of what’s been referred to as “a fleeting affair” between the actor and a Chinese woman named Tinglan Hong. Tabitha’s Chinese name is Tabitha Xaio Xi. “I can’t pretend it wasn’t a little bit of a surprise, but it’s a very nice surprise,” Hugh previously told Ellen DeGeneres about Tabitha’s arrival. “It’s surprising that everyone was right all these years saying, ‘Hugh, why don’t you have some children? It really changes your life.’ And you’re thinking, ‘Oh, shut up!’ Now that I have, I have to say it is quite life-changing.”

In the years since, Hugh has gushed about his eldest child. “I like my daughter very much,” he told The Daily Telegraph in 2012. “[She’s] fantastic.”

One year after Tabitha was born, Hugh became a dad again. The Undoing actor and Swedish TV producer Anna Eberstein welcomed a son, John Mungo Grant, 8. According to many reports over the years, John was actually expecting a third child at the same time that Anna was pregnant with John and gave birth to him. That leads us to Hugh’s next child, the reason this family dynamic is so complicated.

Early on during Anna’s pregnancy with John, Hugh actually reunited with Tinglan and got her pregnant again, meaning he had two children on the way at once. John, as we said before, was born in September 2012. Three months later, Tinglan gave birth to a son named Felix Chang Hong Grant. Hugh and Tinglan seemingly parted ways romantically for good after Felix’s birth, and Hugh continued on in his relationship with Anna.

In December 2015, Hugh and Anna had a second child together, a daughter. The now-5-year-old’s name has not been publicly revealed by her parents. She is Hugh’s fourth child.

Hugh became a dad of five when he and Anna had another daughter, whose name has also not been announced, in March 2018. At the time, it was actually Elizabeth Hurley, whom Hugh dated from 1987 to 2000, that shared the news of Hugh’s daughter’s birth. She said on Bravo’s Watch What Happens Live, “He had another one last week. He has five. He was over 50 when he spawned them all.” Elizabeth went on to say that her ex “is an enchanting dad. Having these kids have actually transformed him.”

Two months after Hugh and Anna completed their family, the couple tied the knot at the Chelsea Register Office on May 25, 2018. Later that summer, Hugh gushed about his family life on the Today Show. “I should have done it before,” he said of having kids. “I’m just lucky. I’ve got a great wife. I love her. We’ve got three kids together, we live together.”