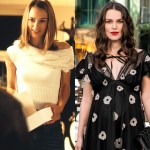 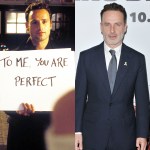 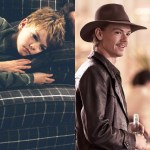 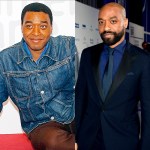 ‘Love Actually’ was released in 2003 and instantly became a holiday fave for so many people around the world. Since it’s the week of Christmas, take a look at the cast then and now after 17 years.

Love Actually is one of those modern movies people watch every year around the holidays. The film, which was released Nov. 14, 2003, follows a group of Londoners who are all connected and shows us what love is actually all about. Love Actually assembled a terrific cast that included Keira Knightley, 35, Hugh Grant, 60, Emma Thompson, 61, Colin Firth, 60, and more.

It’s hard to wrap our heads around that it’s already been 17 years since we first watched Love Actually. The movie is nearing its 20th anniversary! The stars of the film have gone on to nab Oscars, star in hit TV shows, and so much more.

Keira was only 18 years when Love Actually came out. The year 2003 was Keira’s big breakthrough. In addition to playing Juliet in Love Actually, she also made her first appearance as Elizabeth Swann in Pirates of the Caribbean: The Curse of the Black Pearl. Since Love Actually was released, Keira has been nominated for two Oscars, gotten married, and had two kids!

Keira’s co-star Andrew Lincoln, 47, played Mark, the man who was hopelessly in love with Juliet. Mark made many swoon when he showed up on Juliet’s doorstep and declared his love for her using cue cards. “To me, you are perfect,” the most iconic cue card read. Andrew went on to nab the mega-popular role of Rick Grimes in The Walking Dead. He left the show during season 9, but he will reprise the role in a trilogy of The Walking Dead films.

Thomas Brodie-Sangster, 30, was one of the youngest castmates at just 13 years when he played Sam. Sam is the adorable stepson of Liam Neeson’s character and falls for his classmate, Joanna. Even though it may not seem like it, there was only a 5-year age difference between Thomas and Keira!

Thomas is all grown up now and has had a number of major roles. He notably played Jojen Reed on Game of Thrones and voiced Ferb in the long-running animated series Phineas and Ferb. He also starred as Newt in the Maze Runner trilogy. The 30-year-old recently starred as Benny Watts alongside Anya Taylor-Joy in Netflix’s massive hit The Queen’s Gambit.