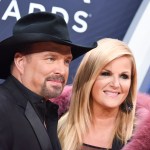 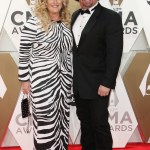 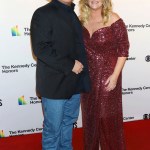 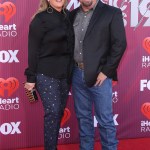 Garth Brooks and Trisha Yearwood’s kids are all grown up! Here’s everything you need to know about Taylor, August and Allie Brooks.

Garth Brooks and Trisha Yearwood’s three daughters certainly have grown up fast. The “Friends in Low Places” singer’s children came from his first marriage with his college sweetheart, Sandy Mahl. They tied the knot in 1986 and had their first child in 1992. Their second daughter came in 1994, followed by their youngest in 1996. Their marriage lasted for 13 years before the couple split in 1999 and filed for divorce in 2000.

When Trisha married the “Much Too Young” singer in 2005 and took in his children as her own, they were in their tweens. “They let me learn my way and allowed me to be that third parent in their lives,” Trisha told People of becoming a stepmother. “They were a gift that I didn’t know I needed. I didn’t know how much children brought into your life until I got a chance to be a part of their lives.” Now they are three fully grown women with careers and lives of their own. Here’s what the Brooks sisters are up to now.

Taylor Mayne Pearl Brooks was born on July 8, 1992. She was named after music legend James Taylor and Nashville stage comedian Minnie Pearl. The 29-year-old has managed to mostly stay out of the spotlight despite having two famous parents. She graduated from Oklahoma State University with a Bachelor’s degree in history in 2016. She went on to get her Master’s degree from Vanderbilt University in 2020. 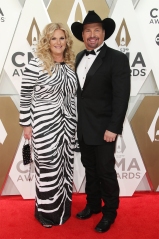 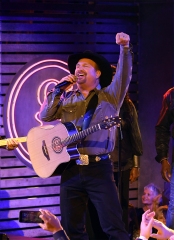 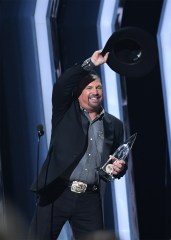 Taylor was Garth’s first foray into parenthood. Many were surprised when the Kennedy Center Honors recipient put his music career on pause to focus on parenting full-time after Taylor was born. “People said, ‘How could you walk away from music?'” Garth told People in 2015. “But being a dad – there’s nothing that can touch that.”

He added that kids “are the greatest joy and the greatest heartache you’ll ever have. The saying is, as long as your babies are healthy, everything else you can deal with. If they have D’s, if they flunk, you deal with it. You can introduce them to the Lord, teach them manners, teach them to believe in themselves, but the truth is, they’re going to be who they’re going to be.”

August Anna Brooks was born on May 13, 1994. The 27-year-old knew from a young age that she wanted to pursue a career in law. After graduating high school, she attended the University of Oklahoma and started working at a law firm. August also became a mother in 2013 when she gave birth to her daughter Karalynn at 19 years old. Karalynn’s father is her high school sweetheart and current husband Chance Michael Russell. She gave birth to her second daughter Gwendolyn in 2016.

Garth has given his daughter’s parenting ability high praise. “No offense to my mom, or Ms. Yearwood’s mom, or Sandy’s mom, I’m not sure any of them could hold a candle to my daughter,” he said during an interview with local radio station KICKS 105.5. He also spoke on his soft spot for his granddaughter Karalynn who was three at the time. “It always turns out that that baby is the glue that holds the whole family together,” he said added. “She’s the little stem that kind of holds the whole family together, and it’s kind of new for us. She’s a doll.”

The “If Tomorrow Never Comes” singer’s youngest daughter, Allie Colleen Brooks was born on July 28, 1996. She made sure to note on her Instagram that “Colleen” is pronounced and was likely inspired by the Dolly Parton song “Jolene.” Like her middle sister, Allie is happily married. She tied the knot with Johnathan Roberts in 2018.

Unlike her two older sisters, the 25-year-old is not afraid to be in the limelight. In fact, like her father, she is pursuing a career in music. She started her music career after receiving a college degree from Belmont University in 2018, just as she had promised her dad. Even though she has just launched her music career, she already has found some success. Her single “Ain’t the Only Hell (My Momma Raised)” made it in the Top 40s on the Mediabase charts in 2020 and she released her debut album Stones in 2021.

Music was something Colleen always knew she wanted to pursue. “For me, music has always made sense, it’s always been good. As a female and as a woman, it has always made me feel really pretty. I feel beautiful when I sing,” Colleen shared during an interview with ET when her debut album was released. “I just knew I was going to sing for the rest of my life and then I think as I got older it was just like, ‘No, that’s the only thing I’m also going to do is sing for the rest of my life.'”