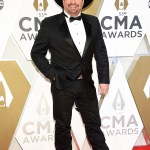 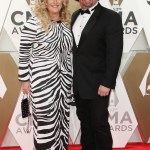 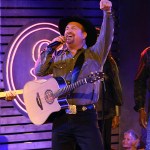 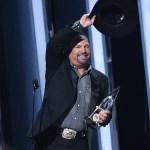 Before Garth Brooks wed Trisha Yearwood, he was married to songwriter, Sandy Mahl, for 15 years — and she’s telling all about their marriage in the singer’s new documentary.

The story of Garth Brooks’ life will be told in a two-part A&E special, The Road I’m On, airing on Dec. 2 and Dec. 3. Along with years and years of success, that will also include an insight into the not-so-pretty times of Garth’s life — including his divorce from Sandy Mahl. While most country music fans know all about Garth’s current marriage to Trisha Yearwood, many have forgotten about his first marriage to Sandy, and she’ll be dishing all about it in the documentary. Before the special airs, get to know more about Sandy here:

1. Garth and Sandy were married for 15 years. Before Garth released his debut album in 1989 and became one of the hottest names in country music, he married his first wife, Sandy. The two met while Garth was working as a bouncer at a bar during his time at Oklahoma State University, and he had to break up a fight that Sandy was involved in. They got married in 1986 and were together for 13 years when they separated in 1999. More than a year later, the couple announced that they would be divorcing, and they officially filed the paperwork in Nov. 2000. The split was finalized in December 2001.

3. Sandy co-founded an animal rehab center in Oklahoma. Sandy worked as a songwriter while she was with Garth, but now resides in Oklahoma, where she helped start the Wild Heart Ranch, an animal rehabilitation center. “Sandy assisted in founding and funding the non-profit so it could expand and grow and be a full-time, all species, all situation facility,” according to the center’s website. Her official title is Wildlife Rehabilitator, Vice President & Co-Founder.

4. Sandy never re-married. Sandy has stayed single since her split from Garth nearly 20 years ago. Meanwhile, Garth wound up marrying Trisha in 2005. “I had been married [to Sandy] 13 months when I met [Trisha],” Garth recently admitted. “When someone said, ‘What’d you think when I met her?’ I said, ‘I felt like I just met my wife,’ which is weird, right? If we’d gotten married then, either the career wouldn’t have been what it was in the 90s, or our marriage wouldn’t have lasted. So I have to believe that things happen when they happen. I feel very lucky right now where I’m at.”