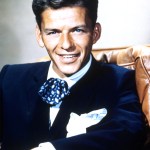 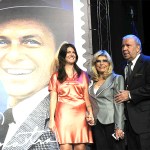 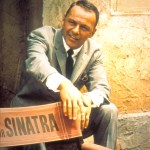 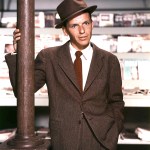 Old Blue Eyes was married four times throughout his life, and he had three kids. Find out more about all fo the singer’s grandkids here!

Frank Sinatra is one of the most iconic and beloved singers of all time. After making his debut with his 1946 album, he became well-known as a member of the “Rat Pack” along with Dean Martin and Sammy Davis Jr. He released many hit songs that are still instantly recognizable such as “Fly Me To The Moon” and “My Way.” He also acted in a number of films, including classic musicals, like Guys And Dolls. He remained a musical icon until his death at 82-years-old in 1998, and he’s still incredibly influential to this day.

Throughout his life, Frank was married to four different women: Nancy Barbato (from 1939 until 1951), Ava Gardner (from 1951 to 1957), Mia Farrow (from 1966 to 1968), and Barbara Marx (from 1976 until his death). Despite his multiple wives, he only had children with Nancy, who gave birth to two daughters Tina and Nancy and a son Frank Jr. Nancy had two daughters of her own, and Frank had one son. Find out more about all of Frank Sinatra’s grandchildren here!

Frank’s daughter Nancy was married to Hugh Lambert from 1970, until his death in 1985. Her oldest daughter Angela Jennifer Lambert Paparozzi, better known as “AJ,” was born in May 1974. AJ followed in her mom and grandfather’s footsteps and became a musician herself, although she grew up playing in goth and punk bands, according to a 2015 interview with Desert Sun. She’s put out her own collections of songs that are closer to what her grandfather sang, like 2018’s Lonely Songs EP. Her most recent single was a moody, piano ballad, called “I Got It Bad.” She’s spoken a bit about how surreal it is to be Old Blue Eyes’ granddaughter in a 2019 interview with The Guardian. “When I hear things he sings, I hear them through some other filter,” she said. “I hear them as a fan, but also as a human being I knew.” 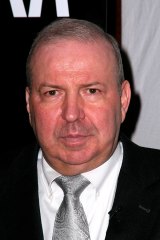 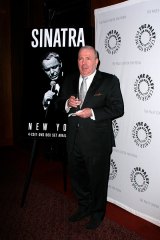 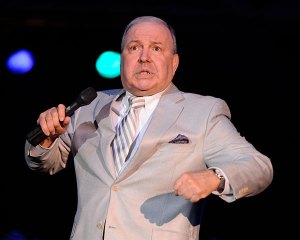 Nancy’s other daughter is a bit more private than her singing sister, but she has shown an interest in photography, and gave an interview to Classic Chicago Magazine in 2018 to talk about her grandfather and an exhibit showing off the family’s collection of photos. She said that Frank taught her how to use a camera when she was a young girl. “We were sitting around the pool in Palm Springs and he showed me how to load film, pull out the picture, and then talked to me about being patient to let it develop before pulling off the strip,” she said, noting that her dad also helped her love of photography develop. “Sadly, my dad died when I was nine and it was my grandfather who really kept up my interest in photography because of his own passion. It was something we shared together.”

Amanda also said that she had many fond memories of the “My Way” singer from growing up. “My grandfather was very much a family man and loved to spend time with us. He wanted to be with his family and always wanted us around, which included his three kids and his grandkids,” she told Classic Chicago. “He went out of his way on the weekends to spend time with us. He loved being a grandpa. He taught me how to paint and repaint together in his studio. We’d read the paper at breakfast together.”

Frank Sinatra Jr. had his son Michael, 34, with Patricia Ward in 1987, but after his death in 2016 from a heart attack, three other people came forward and claimed to be children from other affairs, according to DailyMail, but these relationships haven’t been confirmed. His son Michael has kept the family’s musical legacy alive and became a Las Vegas-based jazz singer, according to his website, and he sings standard from the Rat Pack and the Great American Songbook.