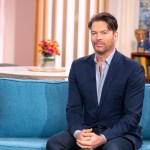 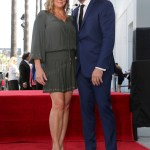 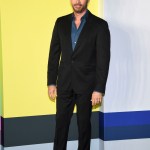 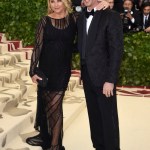 Harry Connick Jr. revealed in a new interview that meeting his idol, Frank Sinatra, was extremely ‘unpleasant.’ He claims that Sinatra grabbed his wife, Jill Goodacre’s face and kissed her!

The day that Harry Connick Jr. met Frank Sinatra was less than desirable, the jazz singer and actor, 52, said on the November 19 episode of This Morning. Harry recalled the “unpleasant” day in 1991 when he performed for the legendary singer — and totally tanked it. After the show, he raced to apologize to Ol’ Blue Eyes for the less-than stellar performance, with his then-girlfriend (now wife) Jill Goodacre, in tow. “That was an unpleasant experience because as much as I wanted to sing for him and everyone else… I don’t get nervous but I was really nervous for that and I blanked out,” Harry told the hosts of the UK morning show. “I completely forget the words. I was with my wife, then my girlfriend, and then we saw Frank at the lift. I said, ‘we should go, I need to explain myself.'”

What happened next was far worse. The “New York, New York” singer, then 75, ignored Harry, pushing past him to greet the model. “He took my wife and held her face and said, ‘you’re beautiful,’ and kissed her on the mouth. And that’s that,” Harry claims. “I’ve never been able to sing for him again. It was probably unacceptable then. It was a situation where it was an interesting thing; I think my affection for him in the context made it hilarious for her, but obviously, it’s completely inappropriate.”

Harry didn’t deliver any more details about the shocking encounter, but This Morning viewers sounded off about it online. “Yeah don’t go round kissing women on the lips and saying they’re beautiful, not these days #ThisMorning,” one viewer tweeted during the broadcast. “If a stranger grabbed me by the arms, kissed me on the mouth and said ‘you’re beautiful, I would be phoning the police,” wrote another.