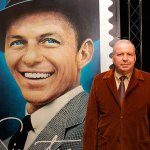 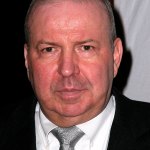 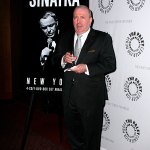 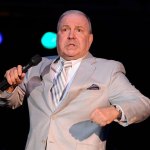 This is so sad! Yet another legendary musician has passed away on Mar. 16. Frank Sinatra Jr., singer and son of the brilliant crooner Frank Sinatra, died after suffering a massive heart attack. He was 72. We have all the tragic details, right here.

Another shocking death in 2016. Frank Sinatra Jr. passed away following a massive heart attack on Mar. 16. The singer was 72 years old, and the death comes as a total surprise. He was in Daytona Beach, FL to perform the same night, so his passing has shocked fans around the world. Here’s what we know so far.

This has been a terrible year for legendary musicians, and on Mar. 16 we lost yet another golden voice. Frank was still touring, and was actually in Daytona Beach, Florida because he was performing that same night. However, TMZ reports that Frank began feeling lightheaded earlier in the day, leading him to cancel his concert.

Frank was admitted to Halifax Medical Center to get checked out. His rep said he said he was feeling better after a while in the hospital, but just hours later he suffered a massive heart attack while he was still there and died. He was 72 years old, and the son of legendary jazz singer Frank Sinatra and his first wife Nancy Barbato Sinatra. His older sister Nancy Sinatra is a famous singer and actress who he worked with in his early years, and his little sister is Tina Sinatra, an accomplished TV producer.

On top of being a famous crooner, he was also well known for being kidnapped in Lake Tahoe in 1963 when he was just 19 years old. Frank was held for $240,000 ransom, but was eventually found walking around in Bel Air, leading people to speculate that the whole thing may have been a hoax. The ordeal followed him throughout his life. We will have Frank’s friends and families in our thoughts.