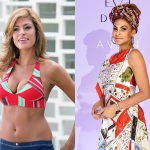 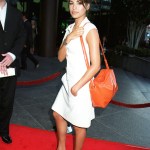 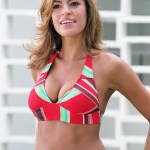 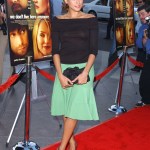 It’s Eva Mendes’ birthday! Today, the stunning star celebrates her 47th birthday, and to commemorate the occasion, we’re taking a look at her transformation through the years!

Happy birthday, Eva Mendes! The gorgeous star turns 47 years old today, and she has truly accomplished so much in her professional and personal life over the course of her career. Eva has always been beloved by her legions of fans and longtime admirers, and there’s no better way for them to celebrate her birthday than by reflecting on her incredible career! Let’s take a look back at Eva’s transformation.

Eva grew up in Miami, FL, and quickly showed an affinity for acting. Her career kicked off in the late ’90s, appearing in short films and TV shows before she finally got her big break in high-profile projects. In 2001, Eva starred alongside Denzel Washington and Ethan Hawke in the Oscar-winning film Training Day. From there, Eva began to earn even bigger roles.

In 2003, she appeared in the film 2 Fast 2 Furious, a part of the Fast & Furious franchise. But her career really reached new heights when she starred alongside Will Smith in the 2005 romantic comedy Hitch! The film totally highlighted Eva’s comedy prowess and her on-screen chemistry with Will, a mega movie star in his own right. With her new star power, Eva was able to work on different projects.

One such film that meant a lot to Eva was 2012’s The Place Beyond the Pines. The movie was not only a critical hit, but Eva also met her partner Ryan Gosling on set. The two started dating while working together, and quickly fell for one another. In 2014, Eva starred in her most recent film Lost River, which was also directed by Ryan. Ever since then, her focus has shifted to her young family.

The couple welcomed their eldest daughter, Esmeralda Amada Gosling, in 2014. Two years later, Eva gave birth to the couples second child, daughter Amada Lee Gosling! Apart from being a mom and supportive partner, Eva has invested a lot of time reaching out and doing philanthropic work, highlighting vital causes on her Instagram account, and connecting with her fans. Take a look at her transformation with the images in the gallery above!