Drew Taggart is one-half of The Chainsmokers and one heck of a ladies’ man. The Grammy-winning DJ, 33, and bandmate Alex Pall started making music together in 2012 and catapulted to superstardom with their song “Don’t Let Me Down” in 2016. Since, the band’s earned critical acclaim, taking home a Grammy, two American Music Awards, seven Billboard Music Awards, and nine iHeartRadio Music Awards.

As his profile has risen, Drew’s begun dating some high-profile ladies. He’s been linked to models like Meredith Mickelson and Eve Jobs and also romanced sexy DJ Chantel Jeffries at one point. Now, it appears like Drew is getting to know Selena Gomez, who he was seen “making out” with at an NYC bowling alley in Jan. 2023. On Jan. 19, 2023, however, Selena appeared to deny that she was in a relationship via Instagram. “I like being alone too much,” the post read, adding the hashtag, “#IAmSingle.”

Ready to learn more about Drew Taggart’s girlfriend history? Find out everything you need to know, and more, right here.

Hayley Rowe and Drew had an on-off relationship that lasted began in early 2016. Though they split that September, the duo reunited in summer 2017. Things weren’t meant to last for the duo.

Reports the pair stopped living together emerged via Us Weekly in Oct. 2017.  “Haley has moved out,” an insider was able to confirm. The pair remained friends, however. Six months after their split, they were spotted getting coffee together in NYC.

Drew’s next girlfriend was Meredith Mickelson. The model and singer were first linked in Jan. 2018. At the time, an eyewitness told Us Weekly, “They looked really into each other and he held her hand as they got into a cab together.” It’s unclear when the pair parted ways.

By early 2020, things were hot and heavy between Drew and Chantel Jeffries. They were first linked during a Super Bowl bash in Miami in Feb. 2020.

And while the couple never shied away from PDA during their days, they ended up splitting in Apr. 2021. “It was an amicable breakup, and they remain friends,” a source told Us Weekly. 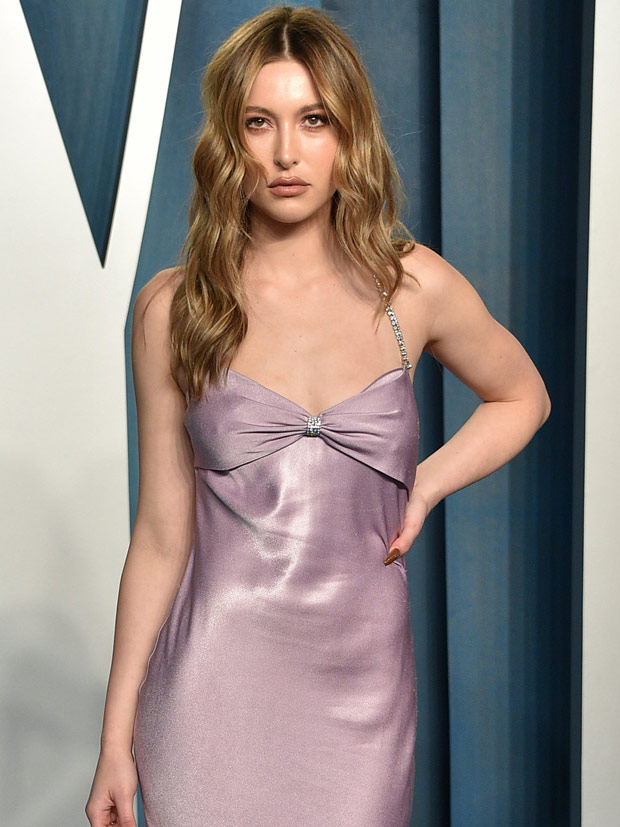 Following his relationship with Chantel, Andrew began dating Apple CEO Steve Jobs‘ youngest daughter Eve in fall of 2022. At the time, sources said it was a “casual summer fling” that got just a bit more serious.

The couple wasn’t an item for long. In late 2022, sources confirmed the pair had parted ways. And when news Drew was hanging out with Selena emerged, Eve wiped all trace of him from her Instagram.

Never lonely for long, Drew was linked to another high-profile lady, almost immediately after his split from Eve. Rumors Selena Gomez and the “Closer” singer were an item emerged in mid-January, and just a day later the couple seemed to go public with their relationship.

They looked like quite the pair while spotted on a date at an NYC bowling alley on Jan. 15, 2023. While it wasn’t caught on camera, the duo was seen “making out.” The celebs also made time for fans while out. As a source from Page Six reported, “There was also a group of young girls that went up for pictures from her shortly after and a man getting an autograph.”

So far, the stars seem like a good match. Someone close to Selena dished to Us Weekly, saying, “They are very casual and low-key. They are so affectionate and [are] having a lot of fun together.”

The “Rare” singer and DJ aren’t strangers. The pair had met through mutual friends, according to Life & Style. “The timing wasn’t right [at first] but the pair crossed paths again recently. So far so good,” the insider revealed.

On Jan. 19, 2023, however, Selena appeared to deny that she was in a relationship via Instagram. “I like being alone too much,” the post read, adding the hashtag, “#IAmSingle.”