Find out more about all of Duane Chapman’s kids that he’s had from four of his marriages.

Dog The Bounty Hunter, 68, has had a prolific reality TV career between his A&E reality show, and it’s many spinoffs. Working as a bounty hunter and former bail bondsman, Dog (whose real name is Duane Chapman) has had a prolific career both onscreen and off. Throughout his life, the reality star has been married five times, and he’s had 12 kids from four of them. Dog is also expected to celebrate his sixth marriage to Francie Frane in September. Learn more about all of Dog’s kids here!

Dog’s oldest son is his only out of wedlock. Christopher Michael Hecht was born in July 1969. The 52-year-old was born to the future reality star’s girlfriend Debbie White when he was a teenager. Dog’s oldest son has had a few legal issues of his own. Chris was arrested in Colorado in 2008 on suspicions of third-degree assault, via The Pueblo Chieftain. He also dabbled in mixed martial arts in 2010.

Dog’s second son was named after him. He was the first child from Dog’s first marriage to La Fonda Sue Darnell. Duane Lee Chapman II, 48, was a part of Dog The Bounty Hunter until 2012. Unfortunately, Duane Jr. has had a tenuous relationship with his father since making his exit from the show. He allegedly felt like he was being underpaid by Dog’s late wife Beth Chapman, who died in 2019, via Yahoo TV. Duane Jr. is reportedly working as a financial advisor now, according to The Sun. 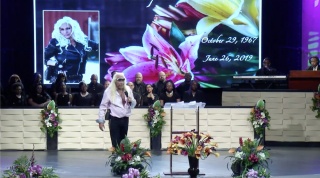 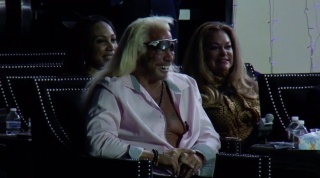 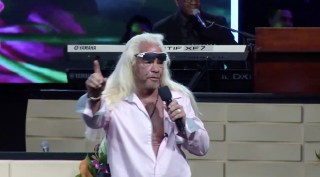 Dog’s second son with La Fonda was Leland, 44, and he was born in 1974. Like his dad and brother, he followed into the bail bonds and bounty-hunting business and was also featured in Dog The Bounty Hunter. Leland also quit working with his dad in 2012, at the same time as his brother Duane, but it appears that he and his dad have reconciled, via The Sun. Dog posted a photo of the two together in a December 2020 Instagram post to wish his son a happy birthday. Leland has been married twice. His first wife was Maui, and they were together from 1995 to 2005. His second and current wife is Jamie Pilar Chapman, and they’ve been together since 2016. He revealed that he moved back to Hawaii in July 2021, and he regularly shares photos with his kids on his Instagram.

Dog’s first daughter Zebadiah was his first child in his second marriage to Ann Tegnell in January 1980. Unfortunately, Zebadiah died very suddenly only a month after being born.

Dog’s second child with Ann was his son Wesley, 40. Born in 1980, Wesley didn’t have a relationship with his father growing up. The two reconnected when Wesley was 38. He shared a photo with Dog and Dax Shepard at their meeting. Despite not knowing his dad, Wesley seemed glad to have the chance to form a relationship. “It’s new. It’s overwhelming. It’s an uncharted area, but it’s beautiful. So many times over the past 2 months I’ve found my self overcome with gratitude and emotions I’ve never experienced,” he wrote in an Instagram post. “Having my dad in my life has been a dream and many years ago I decided that if it happened I would have zero expectations.”

Wesley is married to his wife Jodie, and the two operate the Chapman Springs Ranch. The pair seem like they have a strong love of animals, and Wesley has posted tons of gorgeous photos of his family on the ranch, riding and caring for a number of different horses.

Dog’s third child with his second wife Ann was James Robert, 39. He was born in March 1982. The fifth chapman son seems very private, and not much is known about him.

Dog’s third marriage was to Lyssa Rae Brittain, and their first child was Barbara Katie Chapman, born in June 1982. Unfortunately, Barbara was killed in a car crash in 2006, when she was only 23. Police said that she and her boyfriend Scott Standefer II both died while driving in Alaska, according to the local NBC affiliate. On the 15th anniversary of her passing, Duane shared a photo of his daughter. “15 years ago today My Barbara Katie went to be w/ JESUS,” he wrote in the caption.

Dog’s second child with Lyssa, Tucker Dee, was born in 1983. Like Christopher, Tucker has unfortunately run into his own legal troubles. The 37-year-old was arrested back in 2007 for armed robbery, according to The Sun. He had been sentenced to 18 years in jail, but was released on parole after four years. Tucker also reportedly sold a tape of his dad using a racial slur to the National Enquirer in 2007, via Reuters. Despite definitely showing some difficulty in their relationship, Dog mentioned that he held no ill-will towards his son in a 2007 interview with Larry King.

Named after her mom, Lyssa Rae, 34, is the third child from Dog’s second marriage. Like her brothers, Lyssa appeared in numerous episodes of her dad’s series as well the spinoff Dog & Beth: On The Hunt, via her IMDb. Born in 1987, Lyssa has been married once to Braham Galanti from 2009 to 2011 and has two daughters Abbie Mae and Madalynn. After her divorce, Lyssa came out as a lesbian, and she’s reportedly engaged to her partner Leiana Evensen since 2018, via InTouch.

Dog’s youngest daughter was from his fifth marriage to his late wife Beth Barmore, who passed away in 2019. Bonnie Joanne, 22, was born in 1998, years before Dog and Beth tied the knot in 2006. Dog’s youngest biological daughter doesn’t seem interested in pursuing the family business, and she regularly shares makeup tips and routines on her personal Instagram.

Dog’s youngest son Garry, 20, was born in 2001. As Beth’s youngest son, Garry has appeared in numerous episodes of his dad’s TV shows. He appeared in plenty of Dog The Bounty Hunter episodes as a youngster, and made returns for Dog And Beth: On The Hunt and Dog’s Most Wanted, via his IMDb page. Based on his Instagram, he’s also taken after his dad’s career, and he often pays tribute to his late mom.

With his marriage to Beth, Dog also adopted her daughter Cecily, 28, who she had with an ex-husband in 1993. Dog has posted many photos with Cecily to his social media, and it seems like she’s close with her step-siblings. In July 2021, Beth was arrested for domestic violence. She explained that she was acting in self-defense in an August statement to Page Six. “I was attacked. I defended myself. I’d do it again. End of story,” she said in part.