Duane Chapman’s daughter is setting aside her war of words with her sisters to shower her future stepmom with praise.

Her dad is just days away from marrying for the sixth time amid a bitter family split that has grabbed headlines. But Duane Chapman’s daughter Lyssa, 34, is determined to focus on celebrating the reality TV star’s “incredible love story” ahead of his Sept. 2 wedding to Colorado rancher Francie Frane.

The mom-of-two spoke to HollywoodLife days after her sisters Cecily and Bonnie Chapman revealed that they have not been invited to the ceremony. “I think he’s just scared that we remind him too much of my mother,” Cecily, 28, told TMZ on Aug. 23, referring to her mom Beth, who tragically died of cancer in 2019.

But Lyssa (pictured above with her stepsister Cecily and dad during happier times) disputes this saying that the 68-year-old “still has pictures” of his late wife “up all over his house.” “I think God gave Francie to my dad,” she says. “I think she came in a place [in] his life where he really needed help and strength, and she gives him that.”

As fans of the bounty hunter will know, Duane was left devastated by Beth’s June 2019 death. But the heartbroken star soon found love again, announcing in 2020 that he planned to marry the Colorado widow. 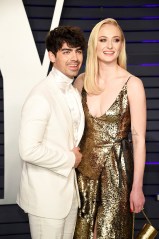 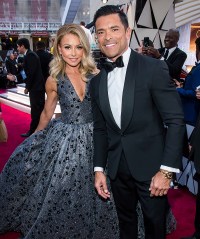 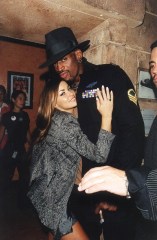 “Francie lost her husband mere months before Beth passed away to cancer,” Lyssa says. “They met by chance. Francie’s husband was the yard person for our property [in Colorado]. My dad called [her] for yard work and they started talking over the phone. They didn’t pursue each other. It happened by chance. It happened by fate and it’s a really incredible love story.

“My dad was working on the Colorado house after Beth passed and he called the yard guys to come pull out the weeds and Francie answered the phone and she said, ‘I’m sorry, my husband’s passed.’ And he said, ‘Oh my wife passed…’ And they met up for coffee and that’s how they started dating.”

Lyssa says that, despite their plans to forge a life together as man and wife, Dog and Francie still mourn the loss of their loved ones. “I’ve been in the room when they both cry over their spouses,” she says. “It’s kind of awkward. They’re really good for each other. And my dad’s in a really good place and I wish we could all be in this good place together as a family.”

“The devil fights hard and the devil uses the weakest links in your family,” Lyssa adds, referring to the rift with her sisters Bonnie and Cecily. “[We’ve] just got to stay strong and keep our arms interlocked.”

Cecily and Bonnie’s revelation that they have been left off their dad’s wedding guest list has sparked a bitter war of words between the Chapmans. “This isn’t because we don’t like them, or we don’t want them around. We love them. We want them back into our fold full time,” Lyssa says.

All involved – including Dog – agree a big part of the division is Cecily and Bonnie’s ongoing relationship with Unleashed TV, the streaming platform that was supposedly set to air his reality series, Dog Unleashed. (In March it was announced the show was canceled.)

“I’m working on my mom’s legacy and keeping it alive. It’s not a good time for this drama, but when is it ever a good time for [the drama]?” Cecily told HollywoodLife about the argument. “He doesn’t like what I’m doing. He doesn’t like Unleashed TV,” she added, referring to After Beth: The Most Powerful Woman in Television, the documentary she said will premiere on the streaming service in December.

“I couldn’t care less [that I didn’t get an invitation to the wedding]. I wish them the best. [I wish them] good luck in life.”

As for Dog, in a statement obtained by HollywoodLife he denied 22-year-old Bonnie’s claim that she wasn’t invited to the wedding because of her “choice to participate in social justice and BLM protests.”

“Bonnie’s allegations are false and a misguided attempt to derail our wedding,” he said, in part, about her Aug. 24. Facebook post. I’m not perfect and have made some mistakes. I’m very appreciative of everyone who has spoken out on my behalf including my daughter Lyssa.”

“Despite the sadness we feel at this rift in our family, Francie and I are looking forward to celebrating our wedding next week with the rest of our family and close friends,” he added.