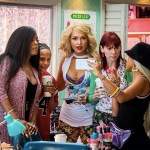 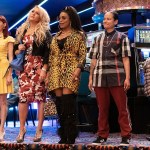 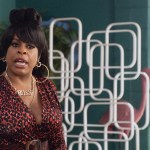 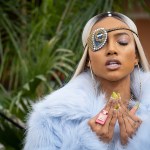 The fourth and final season of ‘Claws’ is coming just before Christmas, and HollywoodLife has all the updates about the final send-off for TNT’s hit show.

All good things must come to an end, and sadly, that includes Claws. TNT’s hit comedy-drama series is returning for a fourth and final season in December 2021. The final 10 episodes will conclude the story of five manicurists, led by Niecy Nash‘s Desna Simms, that enter the crime world after they begin laundering money from a South Florida pain clinic. The show was created by Eliot Laurence and premiered on TNT in June 2017 to rave reviews and a loyal fanbase that has stuck around episode after episode.

It’s obviously disappointing that Claws is ending. But on the bright side, teasers for season 4 have shown that the series is certainly going to go out with a bang. Below, everything you need to know about the final season of Claws, including the release date, cast, and more.

Season 4 of Claws will be premiering on December 19, 2021. And the good news is the first two episodes will be airing on TNT that night! Season 4’s premiere episode, titled “Chapter One: Betrayal,” will air at 9 p.m. ET, directly followed by “Chapter Two: Vengeance” at 10 p.m. ET. The season’s eight remaining episodes are expected to air weekly, with the series finale date likely landing on February 13, 2022. 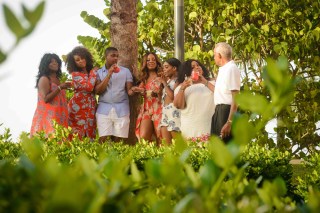 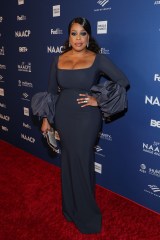 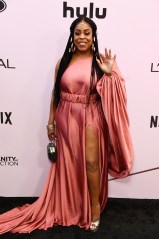 Where To Watch Season 4

Like its first three seasons, Claws will be airing weekly on TNT. If fans wish to binge the full series before season 4 arrives, they can watch seasons 1-3 on Hulu. Fans can also pay to watch old episodes via Vudu, Amazon, ITunes, and more.

The whole Claws gang will be back for the final season. That means the returns of Niecy as Desana, Carrie Preston as Polly Marks, Judy Reyes as “Quiet Ann,” Karrueche Tran as Virginia Loc, and Jenn Lyon as Jennifer Husser. Also returning for season 4 are Dean Norris as “Uncle Daddy,” head of the Husser crime family, Kevin Rankin as Bryce Husser, Jennifer’s husband and and member of the crime family, Jason Antoon as Ken Brickman, a medical doctor whose had a relationship with Polly, and Harold Perrineau as Dean Simms, Desna’s autistic brother who falls in love with Virginia.

A few new characters will be introduced in season 4, as well. John Rubinstein will play Baron von Reichler, a rich elderly man whom Polly tries to scam. Gladys Bautista joins the show as new nail artisan Georgia, who is hired by Virginia. Anthony Hyatt plays newcomer Tony, a delivery guy and new lover of Desna’s.

In late September, TNT dropped the official trailer for Claws season 4. “If we wanna live the American dream, ain’t nobody going to do it for us, but us,” Desna says in the trailer to her fellow crime-committers. She informs the other ladies of her next big plan, which involves a drug theft right under the nose of “Uncle Daddy.” But in true Claws fashion, things don’t exactly go according to plan, as the trailer teases chaos and drama unfolding for Desna and her girl squad.

What’s In Store For Season 4?

As mentioned before, season 4 of Claws will largely focus on Desna’s plot to steal Uncle Daddy’s supply of pills. The theft leads to an epic crime war between Desna and Uncle Daddy. But things get even more complicated when Quiet Ann, still blaming Desna for the death of her wife, joins Uncle Daddy’s side. Meanwhile, Jenn is trying to save her marriage to Bryce, and Virginia and Polly are both engaged in their fare share of crime tactics. As if that isn’t enough drama, Desna decides to hatch her next scheme: selling her pills via multi-level marketing. So clearly, Claws season 4 is going to be a wild ride — and we can’t wait to tune into the madness for one last time.