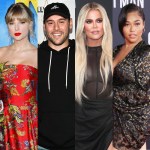 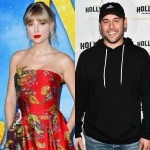 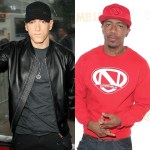 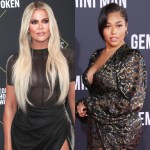 The year 2019 did not usher in a lot of “peace on earth and mercy mild” for these celebs! There were a number of celebrity feuds in 2019, ranging from subtly scathing to all out verbal war. Some of these feuds, which merely began in 2019, feel like they are only just starting, while others have seemingly tapered off after taking the pop culture world by storm. As 2019 comes to an end we’re looking back at some of the most volatile feuds of 2019.

One such feud that doesn’t appear to be calming down any time soon is between Grammy winning artist and Woman of the Decade — as certified by Billboard — Taylor Swift and record executive Scooter Braun. The battle of Braun and Swift, to coin it, began when Scooter took hold of Big Machine Records / Big Machine Label Group and became the owner of Taylor’s back catalog of her music (up to her 2017 album Reputation). Taylor went on to claim that Scooter and Big Machine’s founder Scott Borchetta were preventing her from performing her old music at the American Music Awards on Nov. 24. Taylor eventually did perform her greatest hits at the awards ceremony to a standing ovation. And while she didn’t address the feud at the live event, she called Scooter and his supporters out directly when accepting her honor as Billboard‘s Woman of the Decade on Dec. 13.

Fans know all too well that this is merely the first few chapters of this feud. Another beef we’ll likely hear more about in 2020, but have definitely been listening to in the last few weeks of the year, concerns the tension between Nick Cannon and Eminem. The pair started their squabble once again in 2019 when Eminem referenced his highly contested relationship with Nick’s former wife, Mariah Carey. In response, Nick didn’t just release one, but three diss tracks directed at the Detroit rapper! Nick even made it personal when he referenced Eminem’s 23-year-old daughter, Hailie Scott Mathers, on the first song. What’s more, 50 Cent has officially entered the feud and has sided with Eminem. This rap battle is definitely far from over.

But the world of high-profile singers, rappers and music execs isn’t the only place we’ve seen such intense arguing. 2019’s season of The Bachelorette featured one of the most memorable — and frustrating — contestants ever. Hannah Brown‘s season was one of the most talked about in recent memory, with many thanks to her former suitor Luke “P” Parker. At first, these two seemed meant to be, but by the time Hannah was down to her final four men things got ugly. Luke essentially gaslighted Hannah on national television for the idea of exploring her relationships with the other men to more intimate levels. Invoking his religious upbringing, Hannah pushed back, citing her own morals and how she was a young woman who could make decisions for herself. When the show wrapped, the two kept up their feuding on Twitter. While it has tapered off now, don’t expect to see these two on Chris Harrison‘s Bachelor/ette couch any time soon! 2019 was definitely a year where the drama really heated up. Let’s hope in 2020, things start to simmer down just a bit, and maybe these celebs will make a little room for “peace on earth!” Until then, check out the gallery above for some of this year’s most intense feuds.