During Blake Lively’s first two pregnancies, she was very active on social media and in public, as she was promoting projects that she was working on. For her third pregnancy in 2019, though, Blake kept things MUCH more low-key. In fact, she didn’t even reveal that she and Ryan Reynolds were expecting baby no. 3 until she surprised fans by debuting a baby bump on the Pokemon Detective Pikachu red carpet on May 2. Blake was completely glowing at the event, where she showed off her already-bulging belly in a yellow dress.

Besides this big red carpet event, Blake mostly kept out of the public eye throughout her pregnancy, which meant we didn’t get to see her incredible maternity style on display this time around. Blake actually gave birth very secretly, too — the baby was born sometime in August, but the news didn’t break until October! Meanwhile, Jenna Dewan has been much more public with her second pregnancy. She’s shown off her bare bump on social media on a number of occasions, and has also gotten glammed up for red carpet events, where her baby belly was on fully display.

Another very public pregnant star this year was Ashley Graham. The model announced that she was expecting her first child over the summer, and has not been shy about showing off her bump ever since. Whether it’s a stripped down pic on social media, or a glamorous red carpet appearance in a gown, Ashley’s bump has been front and center in 2019! 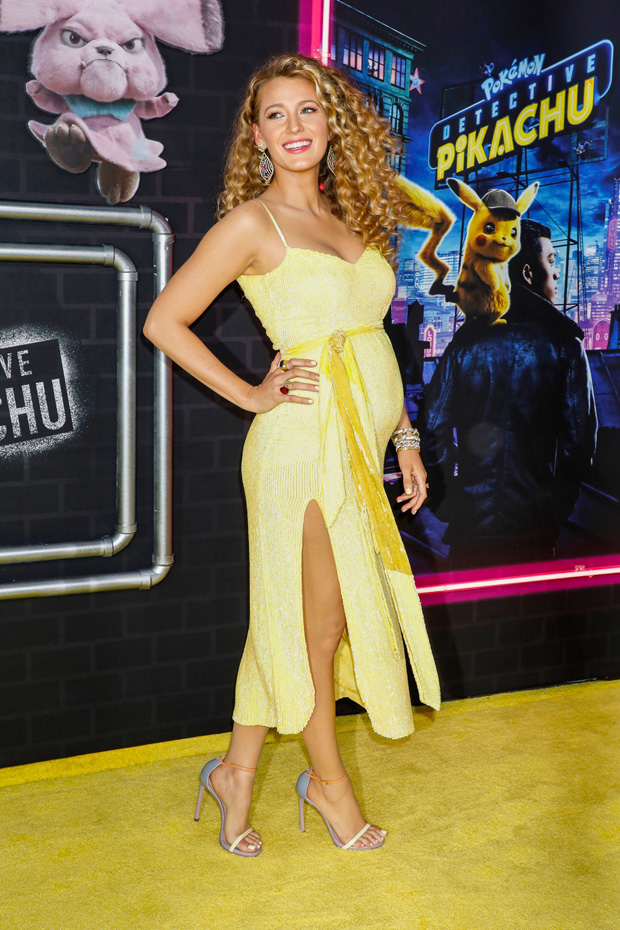 There are plenty of more gorgeous pregnant stars in 2019 where these came from, too! Check out these ladies and more — like Christina Milian and Amber Rose — in the gallery above!