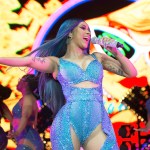 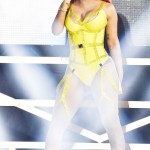 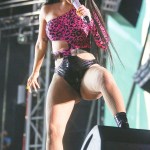 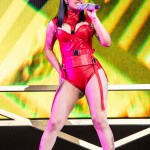 It’s about time we got a new Cardi B album, okurr? Here’s all that you need to know about the long-awaited follow-up to ‘Invasion of Privacy.’

The chances are good that, by the time 2021 is over, the world will have a brand new Cardi B album – and fans have been hungry for it. Though Cardi gave fans a massive helping of music with “WAP” in 2020, along with a star-studded music video, it’s been a minute since she first dropped her debut album, Invasion of Privacy.

“I feel like at this point, it’s like a timeline that I created,” Cardi told XXL in April 2021. “Because last year, I was like, ‘I gotta put out my album this year.’ But then I just stopped working on my album out of nowhere because I feel like the whole COVID thing discouraged me to put out my album. Because I want to put out an album, and I want to tour.”

Cardi cited just not the inability to tour as a reason she held off releasing her new album, but how COVID-19 prevented her from thoroughly enjoying the fruits of her labor. “I want to meet up with people. I want to have a conversation. It’s a better vibe. I love album release parties. I would love an album release party in New York. I could have one in Atlanta, but I want one also at home,” she said to XXL. “And I want to see people…So, it’s just something that I stopped, but then now that I keep putting out my singles, I keep saying like, ‘Damn. I have no choice but to put out my album this year.’”

Whenever Cardi releases her album, it will likely be one of the most significant events of the musical year. Though the woman born Belcalis Marlenis Almánzar had been making music in the years leading up to Invasion of Privacy (she released a trio of mixtapes from 2016 to 2017), she began making money moves in 2017 with the release of “Bodak Yellow.” The major-label debut single, released by Atlantic Records and KSR, topped the Billboard Hot 100 for three weeks, making her the first female rapper (without any other billed acts) to have a No. 1 since Lauryn Hill in 1998, per Billboard. As of June 2021, the song is certified Diamond by the RIAA.

Cardi put out two more singles in the lead-up to Invasion of Privacy: “Cartier Cardi” (featuring 21 Savage) and “Be Careful.” Invasion finally dropped on April 6, 2018, and a month later, Cardi topped the Billboard Hot 100 again with “I Like It,” her collaboration with Bad Bunny and J Balvin. The album itself was heralded by critics, with many publications naming it one of the best albums of the year. It’s since gone triple platinum in the United States alone.

In the following years since Invasion’s release, Cardi has found success, controversy, and drama (especially with her husband, Offset), all while her fans have waited for a new album.

So, when is Cardi’s next album going to drop? Here’s what we know so far.

When Will Cardi B’s New Album Be Released?

As of June 2021, there is no release date for Cardi’s next album.

After killing it with your debut, the pressure is on to see if you can do it a second time – lest you be labeled a flash in the pan. Though the term “sophomore slump” was created by journalists and critics, there are artists who struggle with their initial success – and what to do next.

Cardi has spoken about the pressure she’s felt, specifically how she feels she needs to somehow top Invasion of Privacy. “People always have crazy expectations, especially when it comes to female rap,” Cardi said while talking with Mariah Carey for Interview magazine. “It’s not like it’s a competition, but people are always comparing and comparing and comparing. It’s almost like they want to see you fail. I hate the feeling when I don’t do something really good. So I want my shit to be good because my last album did so well, and if this one doesn’t do well, I’m going to feel really sad.”

As of June 2021, Cardi has yet to announce the name of her second album.

A lot has changed since Cardi released Invasion of Privacy in spring 2018. She gave birth to her and Offset’s daughter Kulture Kiari Cephus. She and Offset broke up over his alleged infidelity – she even filed for divorce in September 2020 – only for them to patch things together. With such moments happening in her personal life, Elle speculated that this follow-up might be her Lemonade. “But this album is going to be really different,” said Cardi, before referencing Beyoncé’s landmark record. “Of course, it’s going to have my Lemonade moments, my personal relationship moments.”

Who Will Feature On Cardi B’s New Album?

As of June 2021, the only artist that will likely be on Cardi’s sophomore album is Megan Thee Stallion, and that’s because the “Savage” rapper is on “WAP.”

Invasion had a lot of features. Migos – featuring Offset, Takeoff, and Quavo – joined Cardi for “Drop.” Chance The Rapper appeared on “Best Life.” There was the previously mentioned Bad Bunny/J Balvin collab, as well as the 21 Savage appearance. Invasion also boasted Kehlani (“Ring”), YG (“She Bad”), and SZA (“I Do.”)

In the years since Invasion, Cardi has teamed with Bruno Mars (a remix of “Finesse”), Maroon 5 (“Girls Like You”), City Girls (“Twerk”), Ed Sheeran (“South of The Border,” which also featured Camila Cabello), French Montana and Post Malone (“Writing On The Wall”) and Anitta with Myke Towers (“Me Gusta.”) Any of those acts could feasibly appear on Cardi’s new album. Considering that Cardi loves celebrating her Afro-Latina and Afro-Caribbean heritage, one could imagine that a reggaeton or Latin hip-hop artist will appear on the album.

What Songs Are Going To Be On Cardi B’s New Album?

As of June 2021, Cardi hasn’t released a tracklist for her next album.

Theoretically, there are a few free-floating singles that could be on this project. Cardi released “Please Me” (with Bruno Mars) in 2020, as well as “Press.” Cardi’s “WAP” will likely be on the album. Though she and Megan performed “WAP” at the 2021 Grammy Awards, Cardi didn’t submit the song for Grammy consideration.

“Like I said, I never pressed for a Grammy, but y’all not gonna take away something that I know I worked my ass off [for], that I deserve,” she said over Instagram Live, per Entertainment Tonight. “If I was pressed for a Grammy I would’ve submitted ‘WAP’ for this year, and I didn’t submit it. I don’t want to be submitted to award shows until I put out my album because I think my album is so good. It means something.”

The other song that will (likely) be on her album is “UP,” the chart-topping song she released in February 2021.

In March 2021, Cardi shared a snippet of a song in which she is heard rapping, “I need more money than problems this year.” After giving her fans the taste, Cardi said, “After next week, I’m going full album mode…I’m going to complete some business do things for ‘UP,’ then I’m out! But please let’s stay on topic [and] not ask me about things when ya know I don’t like talkin bout my moves [love] U.”

Like Cardi said, it’s best not to ask her any more about the album (unless you want this to blow up like a Rihanna thing) because it’s coming. Okurrrrrrr?