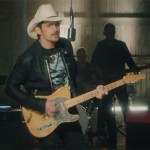 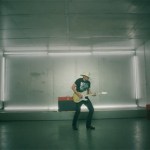 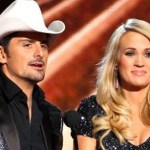 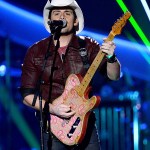 Brad Paisley has been married to Kimberly Williams-Paisley since 2003. Find out more about her here.

Brad Paisley, 48, is known as one of the most talented country singers in the music industry but he’s also had one of the most successful celebrity marriages over the past 18 years. The doting husband married his wife Kimberly Williams-Paisley, 50, in 2003 and the lovebirds are still going strong today. They often show off their loving bond at various events like country music award red carpets and in epic social media photos. As the proud parents of two, they appear to be one of the happiest couples around.

Get to know Kimberly and her background with Brad below.

How did Brad & Kimberly meet?

Kimberly first met Brad in 2001, when he asked her to be in his music video for “I’m Gonna Miss Her.” He had apparently been a fan of her as an actress and decided to try and get her to be in the video. “He swears, it had never happened before, he woke up one day and decided he wanted to call me,” Kimberly said about Brad’s decision during a 2015 interview on the Meredith Vieria Show. They ended up falling for each other fast and after just eight months of dating, they got engaged. 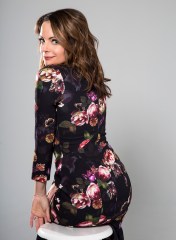 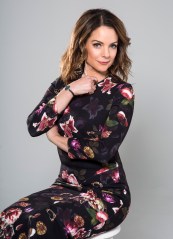 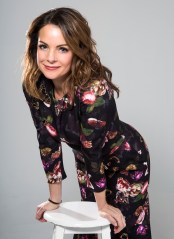 Kimberly is a successful actress.

Before she met Brad, Kimberly was already enjoying an active acting career. One of her first and biggest roles was alongside Steve Martin in the 1991 film Father of the Bride and its sequel Father of the Bride Part II in 1995. She played Annie Banks, Steve’s character, George Banks’ daughter who surprises him with a new fiance and wedding plans after graduating from college and returning home from England. She and the original cast also starred in the 2020 short film, Father of the Bride, Part 3(ish), which showed the family on a Zoom call together.

In addition to the Father of the Bride films, Kimberly has starred in various other movies, including many Hallmark Channel specials, and television series. Some of her longest TV stints include the role of Dana on According to Jim from 2000 until 2009, and the role of Peggy Kenter on Nashville from 2012 until 2013.

Brad and Kimberly have two children together.

After getting married on March 15, 2003, the couple welcomed son, William Huckleberry Paisley in Feb. 2007. Their second son, Jasper Paisley, was born in Apr. 2009. Although the proud mom and dad tend to keep their children out of the spotlight, they sometimes will share sweet posts about them, like the one above, on social media.

Kimberly is also an author.

The talented beauty wrote a book called Where the Light Gets In, which is about her mother Linda’s struggle with a form of dementia. It was published in Apr. 2016, seven months before her mother’s death and left an impact on many of her fans and beyond.

In Aug. 2021, it was revealed that Kimberly would star alongside her younger sis in two Hallmark Channel Christmas movies, including Sister Swap: A Hometown Holiday and Sister Swap: Christmas in the City, later in the year. “It’s such a gift to work with someone who knows me as well as Ashley does,” Kimberly told PEOPLE about working with Ashley. “The feeling of safety and comfort coupled with the delight of getting to work together really translates into magic on camera. It was immensely fun to play with her in these movies.”

The sisters also have a brother Jay.