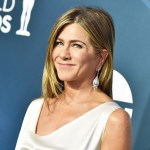 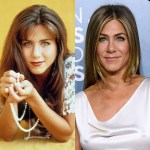 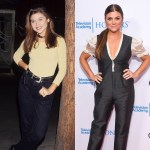 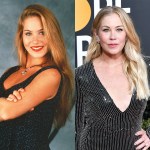 These ’90s beauties haven’t aged a day since they made us laugh and cry on our favorite dramas and sitcoms! We’re looking back at Jennifer Aniston, Tiffani Theissen, and more ’90s hotties then and now!

The ’90s were a wild time for fashion trends, but it was also a great decade in TV. During the ’90s, audiences were introduced to a string of young talents who would go on to flourish in their careers! Not only did these stars leave an impression with their comedic and dramatic prowess, they always had the best looks for the time — a true accomplishment considering the style of the ’90s!

One ’90s beauty who has barley aged a day is none other than Jennifer Aniston. The gorgeous 51-year-old was first introduced to the world as Rachel Green on the sitcom Friends in 1994, when she was just 25 years old! Over the years, Jen has gone on to have a flourishing career in movies and TV, starring in films and series like Cake, Dumplin’, and her critically acclaimed work in the Apple TV+ drama The Morning Show. For over 20 years, Jen has continued to work her gorgeous dirty blonde hairdo and stay in shape thanks to her personal trainer and stylist. This new chapter of her career is so thrilling and we cannot wait to see what she does next!

Much like Jen, actress Tiffani Theissen has only gotten better as time has passed. The star of series Saved by the Bell and Beverly Hills, 90210, 46, has seriously never looked better and has wholly capitalized on her popularity from the ’90s. She’s gone on to star on series like White Collar on USA Networks and currently stars on the Netflix series Alexa & Katie, which follows two high school freshmen as they tackle a new school year while also dealing with a troubling diagnosis. There are so many more stars from the ’90s who have gone on to seriously impress with their talent and beauty! Christina Applegate of Married…With Children has since become an Emmy-winning actress and Executive Producer on her Netflix series Dead To Me. Brandy, who played the titular role in Moesha, has thrived on series like Star and The Game. But there are more stars where these celebs came from!

To see more hotties from the ’90s, check out the rest of the gallery above!