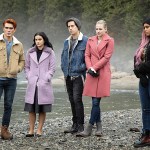 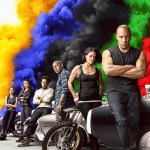 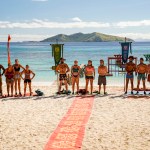 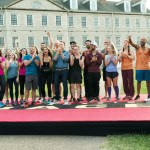 A.C. Slater and Jessie Spano have a grand reunion in the trailer for the ‘Saved by the Boot’ reboot! Get ready to see a batch of new faces, too.

It’s no longer the ’90s in Bayside High! The long-anticipated trailer for the Saved by the Bell reboot series was finally released by NBC’s future streaming service, Peacock, to People on April 14! It puts the spotlight on A.C. Slater (Mario Lopez) and Jessie Spano (Elizabeth Berkley) nearly three decades after roaming the same high school halls as students. Slater is now Bayside High’s gym coach, and Jessie is a mom of one of Slater’s students!

“Remember how much fun high school used to be?” Slater asks Jessie, who has been transformed from her lovable ’90s character into a sensible adult woman. Acknowledging how much time has passed, Jessie exclaims, “Can you believe that was almost 30 years ago?!”

In an especially hilarious scene, Slater sits down with Jessie’s son Jamie (played by Belmont Cameli) and Mac Morris (Mitchell Hoog) — yes, the son of OG high school sweethearts Zack Morris (Mark-Paul Gosselaar) and Kelly Kapowski (Tiffani Thiessen). “When I was in high school, I constantly used to fight with my best friend over a hot girl…Oh, it was actually your dad, over your mom!,” Slater tells Zack and Kelly’s son, who doesn’t appear too thrilled to be hearing this news. Slater then addresses his high school romance with Jessie, telling her son, “Then I just found another girl I really liked and started hooking up with her instead…Oh wait, that was your mom!” That leaves fans to wonder who’s Jamie’s father!

The trailer even takes a jab at Justin Bieber. Viewers are reminded that the new Bayside High students are so young, even the Biebs is considered old. “You’re so hot and popular. You’re like, Justin Bieber, if he wasn’t like a 100 years old,” one student tells another at The Max — yes, the old hangout spot is back — after the school’s new principal (John Michael Higgins) says the kids are a bit “sheltered.”

To help with the “sheltered” problem, that’s where good ol’ Zack Morris comes in! He’s now the governor of California (you can see his transformation here), who faces backlash after closing low-income schools. So, as a solution, a group of these students “are transferred to Pacific Palisades’ wealthy Bayside High,” according to the logline on the show’s IMDb page.

Josie Totah, Haskiri Velazquez, Mitchell Hoog, and Alycia Pascual-Pena will also be playing the new batch of Bayside High Students! The other original cast members — Tiffani, Lark Voorhies and Dustin Diamond — are sadly not in the new reboot series. “They (producers) haven’t said a word to me,” Tiffani EXCLUSIVELY admitted to HollywoodLife in regards to the reboot series, at the Los Angeles premiere of Frozen The Musical in Dec. 2019.

The show was nearly done with production until the coronavirus pandemic put a halt on filming in March. So, the official premiere date for the Saved by the Bell reboot is TBA.