Nick Jonas and Priyanka Chopra seemed like quite the happy parents as they bundled up to take their baby girl Malti, almost one, out to see the neighborhood Christmas lights on ahead of their first holiday season as a family of three. Priyanka shared the outing on Instagram with her fans on Dec. 19, telling them about the stars, “Perfect winter days.”

Fans got a rare glimpse of the couple’s little girl in the post, which included three candid photos. Priyanka put on a baby carrier to take Malti, born last Jan., around to look at the lights. Mom looked great in dark layers while her bundle of joy wore white fleece with a little yellow striped hat. The actress and her offspring looked like they were in awe of one yard, which was decorated with colorful lights, a big Santa, and a large nutcracker, just on the edge of the frame.

Priyanka started the trio shots with a coupled-up mirror selfie. She made sure to capture her cold weather-chic black-and-white look, while Nick appeared a bit distracted by his phone in the background. Poking fun at her man, the Quantico star told fans, “Ps: 1st pic- hubby is really interested in my mirror selfie.” 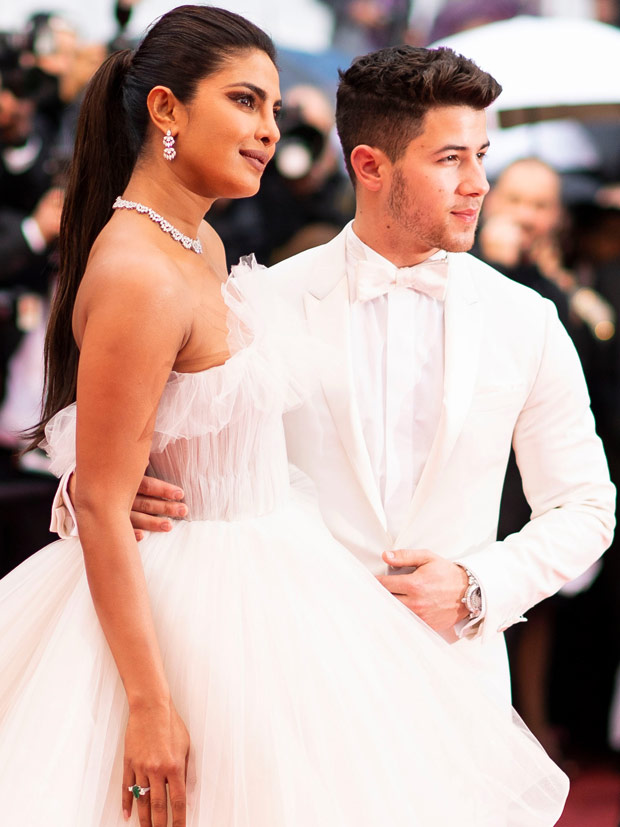 The Jonas-Chopra family has been ready for Christmas for a while. It was back on Nov. 11, 2022 when Priyanka revealed their Christmas tree. “It’s up!” announced Priyanka, per Instagram Story screenshots captured by People.

Their happy holidays come after word the couple plans to expand their family. A source close to the couple talked to HollywoodLife EXCLUSIVELY, revealing, “They’ve always known they wanted more than one because having a big, close family is the most important thing to both of them. It’s all they’ve ever known, and their siblings are one of the most important parts of their lives so it’s something they definitely want for Malti.”

They added, “They’re not ready to welcome another just yet but when they do, they’re going to use a surrogate like they did last time. It’s not a matter of if, it’s only a matter of when.”