George and Amal Clooney are enjoying a relaxing vacation to the South of France, and they were recently spotted with some famous pals: Cindy Crawford and Rande Gerber!

The A-list couples went out for a double date to a popular, high-end restaurant, Le Plongeoir, which offers dining for guests on the body of a boat. George, 63, went for a casual look in a navy polo shirt and jeans while Amal, 44, looked every bit chic in a white dress, sun hat, and oversized shades.

The couple was closely followed by Cindy, 56, who rocked a bright blue mini dress while her husband, 60, wore a white polo, grey jeans, and trainers.

George and Rande have been longtime friends — more than 30 years — and founded the tequila company Casamigos Tequila together. The pair was apparently making thousands of bottles for themselves and friends when a distiller told them they needed a license to continue, hence the official founding of the company with another partner in 2013. 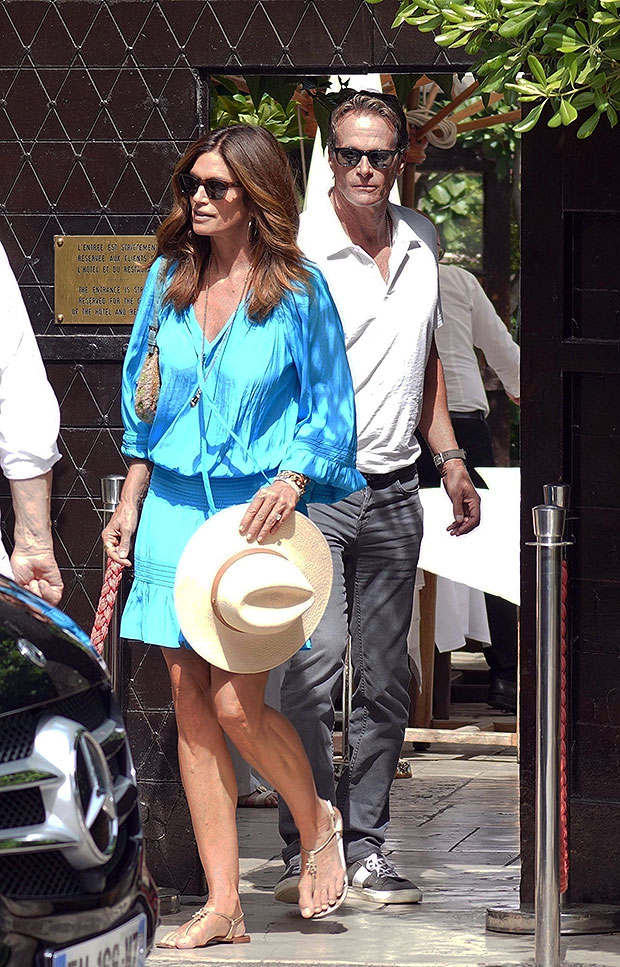 This wasn’t the first time we spotted the couples on their double date trip to France. Just a few days ago they were photographed stepping off a private jet in the picturesque town of Saint-Jean-Cap-Ferrat with their best friends on Friday, June 3. The foursome was then taken via a private car to the luxurious Grand-Hotel du Cap-Ferrat.

Related: George Clooney’s Kids: Everything To Know About His Adorable Twins, Alexander & Ella

The details of the French getaway are unknown, but the trip comes shortly after it was reported that George and Amal have been eyeing a 425-acre estate not too far away from Brad Pitt‘s southern France chateau, per the Daily Mail. Brad’s estate is located in the village of Correns, and he is currently in a tense legal battle with ex-wife Angelina Jolie after she sold her share of it allegedly without Brad knowing. The Daily Mail said the estate George and Amal are considering is listed for about $8.5 million. They were also reported to be buying a different estate last year, but nothing was confirmed.