Pete Davidson is quickly winning over the Kardashians. On Valentine’s Day, Kim Kardashian’s new man decided to make sure that her sister, Khloé Kardashian, didn’t feel left out of the lovey-dovey festivities. If Khloé, 37, is nursing a broken heart, thanks to Tristan Thompson running around, she had a lovely distraction from her sadness on Monday when Pete, 28, sent her a beautiful bouquet of roses! “The Sweetest! Thank you, Pete,” Khloe captioned the Feb. 14 Instagram Story. In the photo, Khloe showed off the many pink roses and laceleaf flowers that the Saturday Night Live star had given her.

Before Khloé told the world about the flowers that Pete had sent her, she posed with daughter True Thompson. “Happy Valentine’s Day,” True, 3, said to everyone while snuggled up against her mom. Khloe also shared photos of numerous heart-shaped rose arrangements that decorated the house. KoKo also let the world know that her niece, Penelope Disick, had sent her flowers (“She’s the sweetest girl in the world”), as did mom Kris Jenner (“I love candles!!!”), and Kylie Jenner, Travis Scott, and their kids. (“I love you Ky, Travi, and my little angels.) 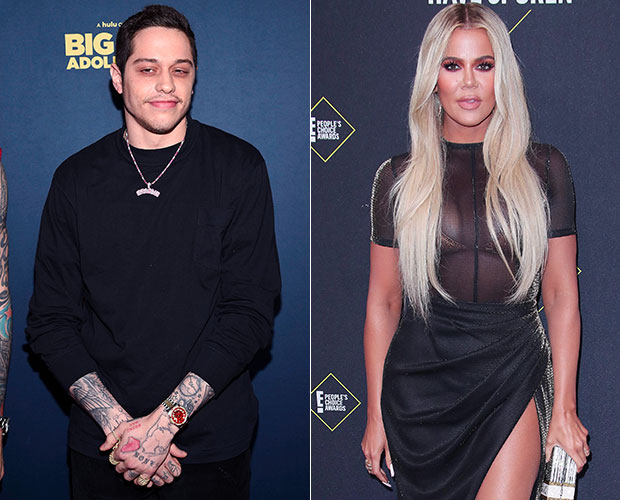 Pete’s gesture will continue to win him points with the KarJenners, but as insiders told HollywoodLife EXCLUSIVELY, KoKo was all abord the Davidson train. “Khloe thinks it’s awesome that Kim is dating Pete,” one source told HL. Khloe appreciates how laid back and “super chill and down to earth” Pete is and that she “gets along well with him.” Khloé also thinks that Pete’s “absolutely hilarious” and is “so happy for Kim because she can see [her sister] is happier than she’s been in a while.” A second insider told HollywoodLife that Khloé thinks Pete is “a breath of fresh air” for Kim and that he’s just what she needed. “Khloe wishes that she had a man that would put her on a silver platter as Pete does. She is really happy for Kim.”

Khloé is back on the market following Tristan’s latest paternity drama. However, her ex-husband, Lamar Odom, recently said that he’d love nothing more than another shot at a “happily ever after” with KoKo. “I do miss her and her family dearly,” remarked Lamar during an episode of Celebrity Big Brother. “They had so much faith in me and gave me my own nickname ‘Lammy.’ I would do anything to make it up.”