Kodak Black has left Cedars-Sinai hospital after being reportedly shot in the leg. In a video you can see here, the rapper can be seen getting into a black SUV while using a walker and moving slowly on Monday afternoon. The “Patty Cake” rapper was surrounded by numerous bodyguards as he climbed into the SUV which was a smart move, considering the danger he faced early Saturday morning after Justin Beiber‘s concert after party. 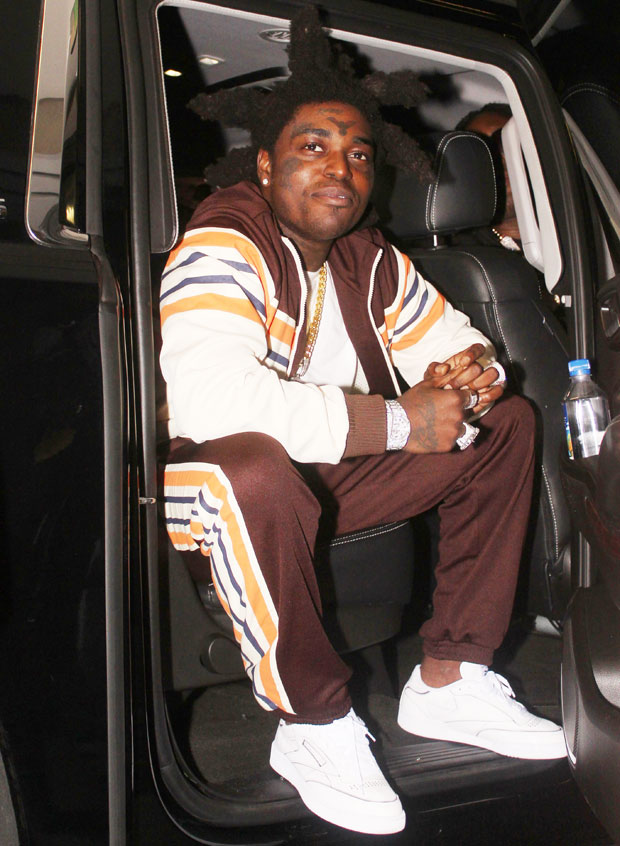 The rapper was identified as one of the three victims shot outside the after-party at the Nice Guy, according to NBC News. A police report previously stated that the victims of the incident were a 19-year-old male, a 24-year-old male, and a 60-year-old male. Kodak was transferred to the hospital while the other victims were treated on sight. All of the victims, including Kodak, as we can see from the aforementioned video, are reportedly in stable condition. HollywoodLife reached out to Kodak Black’s reps for comment but received no response.

In footage obtained by TMZ, Kodak can be seen leaving the party surrounded by an entourage of friends and associates including rapper Gunna. As the group stops to take photos with fans outside the event, a fistfight breaks out and the chaos escalates when ten gunshots send the crowd screaming and scrambling.

The motives behind the violence are not currently confirmed, as it could have been an escalation of the physical brawl. Authorities had previously shared the incident was not gang-related. The LAPD also shared in a press release that they are currently seeking a black male suspect. HollywoodLife reached out to the LAPD for a comment but received no response.

Kodak has made headlines in the past for erratic behavior and was even pardoned by former President Donald Trump, also survived an April 2021 incident where Kodak’s bodyguard was shot. The alleged attack, which occurred outside a Florida McDonald’s after Kodak’s performance at the Cultur3 Fest music festival, left the bodyguard hospitalized. He ultimately survived.

Related: Kodak Black’s Kids: Everything To Know About His 2 Children & The One On The Way