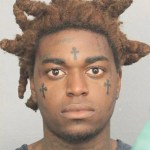 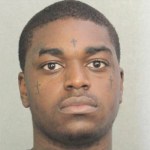 Kodak Black enraged his fans, to say the least, when he threw thousands of dollars in cash off a boat and into the ocean. And those fans made sure to let him know how they felt.

Has Kodak Black every heard of charity? The 24-year-old rapper drew ire from fans on social media after he threw a massive stack of hundred dollar bills (which must’ve added up to thousands of dollars total) off a boat and into the water. Kodak posted a video to Instagram on Tuesday that showed him tossing the money overboard at night. In another post, Kodak posed with the stack of cash before he dropped it into the ocean. And to make matters much worse, Kodak used up a couple more $100 bills to throw down the toilet and subsequently clog it. Kodak shared a video of that whole ordeal on Twitter.

Naturally, Kodak’s fans were not happy with him. “U doing too much bra,” one follower told Kodak in the comments section of his Instagram post. Another follower said, “You must’ve lost yo f***ing mind !” Fans also called Kodak out on Twitter: one unhappy social media user said, “Instead of donating to the ones in need ,he throws it away just to catch attention.” Kodak got heat from another fan that wrote, “And people question why there isn’t enough money, food, etc because people just waste all that stuff like this to get views, attention, whatever they need to fill their egos for the time-being. It’s sad.”

While Kodak (born Bill K. Kapri) seems to just be completely irrational in his actions, he apparently does have a reason for why he wasted all that money. According to Newsweek, the rapper was apparently sending a message to his old friend Jackboy, whom he had a falling out with. The outlet reported that Kodak was discarding the money after claiming that he made $1 million off of Jackboy. Their feud was going down publicly, with both guys reportedly throwing shade at one another in interviews and on social media.

Kodak is coming off of a wild few months. For starters, the rapper and his entourage were ambushed and shot at outside a Florida McDonald’s in April. Kodak’s bodyguard was wounded in the ensuing chaos and was transported to a local hospital with serious injuries, but he recovered. Luckily, Kodak was not in the vehicle that was shot at and managed to escape the scene unharmed.

The terrifying shooting incident came just two months after Kodak was pardoned by the outgoing President Donald Trump. Kodak was incarcerated after pleading guilty to “lying on background check forms while buying multiple firearms in two different incidents” in 2019. He was given a 46-month prison sentencethat was set to end in August 2022, but Kodak was let go on Jan. 20, after Trump noted that Kodak “has served nearly half of his sentence,” and that before his conviction, Kodak was “deeply involved in numerous philanthropic efforts,” “committed to supporting a variety of charitable efforts,” and while still incarcerated, “donated $50,000 to David Portnoy’s Barstool Fund, which provides funds to small businesses affected by the COVID-19 pandemic.”