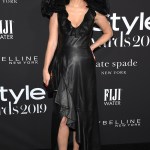 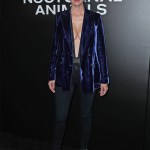 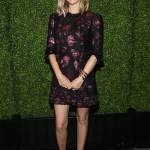 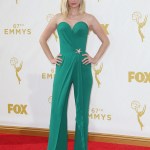 January Jones celebrated her 44th birthday in style as she posed by the pool while wearing a cheetah print bikini that left little to the imagination.

January Jones let out her wild side for her 44th birthday. The mom-of-one rang in the next year of her life by the pool as she smoldered for a sexy selfie. Showing off her age-defying body, the Mad Men actress wore a cheetah print swimsuit with ruffled sleeves and a plunging neckline that showed off her cleavage.

The American actress not only looks younger than 44 but she also said she feels younger than that. “Thank you for your birthday wishes yesterday,” the birthday girl captioned her Instagram post. “I’ve always been of the theory that Age is But a Feeling. And despite a rough last wk or so I’m feeling really good, really grateful and around maybe 27 (but wiser ☺️).” Fans and friends alike loved January’s message, including South African actress Charlize Theron who left a toasting emoji in the comments section.

The Golden Globe-nominated actress is notorious for her fire Instagram snaps. In honor of the holiday season, she gifted her fans with a picture of her in a black, halter top catsuit. I April 2021, January even wowed her fans with a topless pic, joking that she couldn’t find a top to go with her bright pink pants. She was definitely feeling spicy that month as she posted a snap of her wearing a sheer white gown as she posed by the bathtub with the caption “Post shower photo op.”

January has an impressive list of celebrity exes. One of those A-listers includes Ashton Kutcher, whom she dated from the late 90s up until 2001. She then briefly dated Jim Carrey before moving on to pursue Josh Groban from 2003 to 2006. In 2009, she and Jason Sudeikis became an item following her SNL hosting gig but ultimately split in 2011. For the time being, January is enjoying the single life, and based on her pics, the single life is clearly a good look for her.

Celebrities Over 40 In Swimsuits -- Photos Of Jennifer Lopez & More 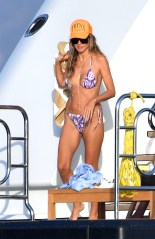 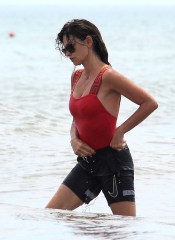 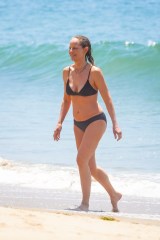 She has also had to take on the role of single mom to her son Xander, 10. “I parent him by myself,” she told Us Weekly in 2019. “I have to balance good cop, bad cop. And it’s not always fun for me because I want to always be the fun mom. But I think at some point, it might take until he has his own kids to understand. I think he’ll appreciate that.” No one knows who Xander’s true father is, and January plans on keeping it that way.