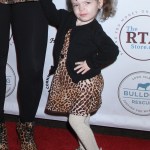 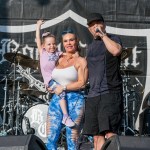 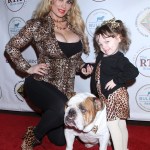 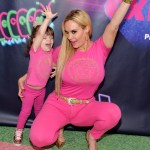 Coco Austin is cleaning house and daughter Chanel is getting all the great shots of the action for TikTok!

Mother and daughter are teaming up to clean house! Coco Austin, 42, posted an adorable TikTok video filmed by her daughter, Chanel, 6, detailing mommy taking on various chores around the house. The Ice Loves Coco star wore a black Alo Yoga long-sleeved top and high-waisted peach-colored leggings tucked into short black Ugg boots as she was filmed cleaning in the kitchen, scrubbing the floors, sweeping in the living room, and scrubbing the toilets.

“When your 6 year old daughter takes over your TikTok while cleaning up,” Coco captioned the post. “She is actually good at filming. She started doing TikToks on her own page at 4 before TikTok took it down, they were so hysterical” the proud mom explained, noting that the video platform originally took down the youngster’s clips due to her age. She then went on to explain how she’s always been “obsessed with cleaning” and added how the “mini toilet” she scrubbed is indeed Chanel’s. “She still uses it because she is so petite,” Coco hilariously pointed out.

In addition to participating in her mom’s videos, Chanel has already taken after mom with her sense of fashion! The 42-year-old wife of Ice-T, 63, was spotted leaving a hair salon with her mini-me in tow last summer, and the pair both donned comic book strip-inspired ensembles. The reality star star struck a pose next to the five-year-old, as they each looked fiercely at the camera.

Coco opted for a retro comic-printed pair of leggings and paired those with a scoop neck black tank top, a pair of towering black pumps, and dark sunglasses. Meanwhile, little Chanel opted for a sundress that was adorned with a cartoon Disney princess print. Coco wore her signature bright blond locks in loose waves and also rocked a bright pink lip, gold hoops, a silver watch, and black leather bag. 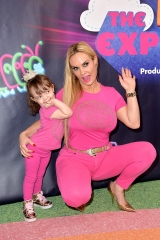 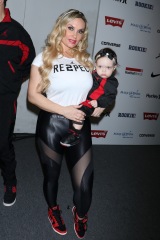 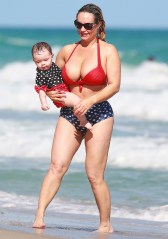 The photos last summer came after the mom faced backlash for still breastfeeding her daughter at the then-age of five. She then told E!’s Daily Pop that the negative feedback she’s been getting from others is not making her change her opinion and even jokingly said her daughter’s going to be “a boob freak.”

“I’m [not] going to stop because I feel like it’s a great bonding experience between her and I,” she said in the clip. “She’s my only child, it’s not like I have a big family of kids, and so I’m savoring every moment with this child.”