At first, when Kanye West said on Drink Champs that signing Big Sean to G.O.O.D. Music was the worst thing he’s ever done, Sean took it in stride. “At first I thought it was hilarious, I thought the sh-t was funny,” Sean, 33, said during the Dec. 18 episode of Drink Champs (h/t Complex). The Detroit rapper explained that Ye’s remarks were a slap to the face after so many years of loyalty. “I took it personal. I took it personal because I’m the only artist who’s put out five albums under G.O.O.D. Music. … I’m the only one who put out back-to-back-to-back No. 1’s, platinum albums, double platinum albums.”

“And by the way, being signed to Kanye is a golden opportunity, he changed my life, and I love him for that,” said Sean. “But every time Kanye has called on me, every single time no matter what I was doing, within one day’s notice I’m wherever he’s at bro, whether it’s to contribute to him in the studio, whether it’s to contribute a line, write a verse for him. … I’ve traveled around the world for this man, every time he’s called. And I’ve done this and not asked for publishing a lot of the time. Why? Because he gave me a golden opportunity of signing to G.O.O.D. Music.”

In the upcoming Drink Champs episode, Big Sean responds to Kanye’s comments on him being his worst signing.

Sean claims that he had to audit his own label from his own pocket due to suspicions of money being owed (millions).

Sean also alleged that Kanye owes him a lot of money. Sean conducted an audit of his label, spending “hundreds of thousands” of his own money to have someone look over the financial records. Sean did this because he knew “millions of dollars [were] missing….I spent hundreds of thousands of dollars on my label, thinking Universal owed me this money, and the money had been paid to G.O.O.D. Music.” Ultimately, Sean said that he was owed $6 million.

“What if they owed you that, bro? And you showed up for them, and you did all these things, right? And they up billions. And then the n—- who comes at them, who talks the most sh-t, he bigging up in the interview and sh-t,” said Sean. “And my thing is, bro, when you want to talk about loyal to a fault…yeah I’ve been loyal because I feel like I’m the only one who stayed that long for G.O.O.D. Music, so yeah, it was a personal [attack]—it affected me personally, bro.” 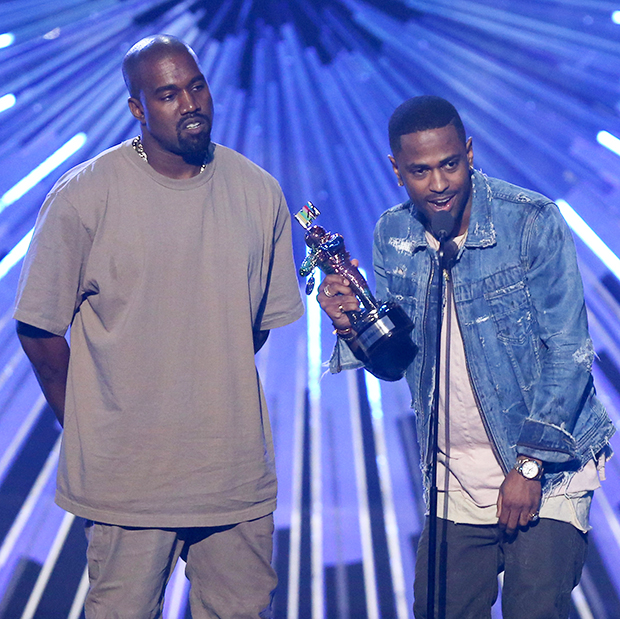 “You know, he texted me the next day and said, ‘I want to meet with you and your mom to start the healing on both sides,'” said Big Sean. “I took it too personally, because ‘you publicly humiliated me when I’ve been down for you.’… What I’m saying is, I put at least $30 million in this man’s pocket or more, and he owes me money, and he’s got billions, him or his company.”

Sean also clapped back against Ye’s accusation that he didn’t support West’s presidential campaign. “In 2015, when I won a VMA with Ye and John Legend, I was the first person to tweet, ‘Kanye for president.’ The first one, right?” Big Sean also explained that during West’s campaign, he didn’t endorse anyone because “my man’s running,” and he “did not come out and support no Democratic party,” despite what Ye said. “It’s not true. … It was hurtful. It was hurtful, bro.”