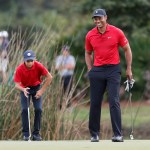 Proud papa! In his first competitive golf back since his harrowing car crash, Tiger Woods hit the links with his 12-year-old son Charlie and they ended up winning second place!

Like father, like son! Tiger Woods beamed with pride as he watched his 12-year-old son, Charlie, hit some incredible shots during the PNC Championship in Orlando over the Dec. 18-19 weekend. The 45-year-old golfing icon got a chance to play alongside his mini-me as the tournament’s unique format pairs major championship winners with their parent or child. Dressed in matching golf shirts and pants, the adorable pair hit the links with determination, but made sure to enjoy some father-son bonding moments as well. “We’re pulling pranks on each other and giving each other some under-the-breath remarks that I’m glad they didn’t capture,” Tiger told reporters at the event.

Fans couldn’t help but notice how Tiger watched on with amazement as Charlie hit a 20-foot birdie at the No. 4 hole and then witnessed him sink a 60-foot practice putt on the 12th green. No doubt Tiger was in awe of his athletic offspring.  “I’ve never seen anything like it,” Tiger said. “I don’t think any one of us has, three 60-footers going down. One tie, all tie.” The duo would go on to win second place! 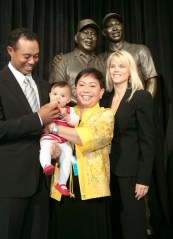 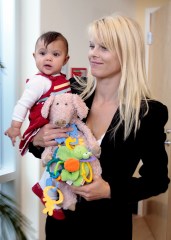 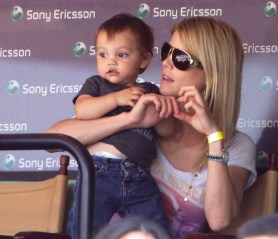 It was a momentous return to competitive golf for the gold legend — and that much more special to be able to do it with his son — as Tiger has been mostly off the green to focus on his rehabilitation after his harrowing car accident. Tiger, who shares Charlie with his ex wife Elin Nordegren, had a near fatal crash after his SUV flipped down an embankment in Los Angeles in February. He was left with traumatic injuries to his right leg, open fractures to both his tibia and fibula, a bruised rib cage, and lacerations to his lower front jaw.

Fourth hole in and the putter raise comes out!

Charlie Woods is feeling it. pic.twitter.com/dykynVhfVQ

While he still needs time to fully recover, the father-son tournament proved how much Tiger would sacrifice to be able to give his child this special moment. “It shows just how much Tiger’s changed and how we all change as we get older,” pro golfer Padraig Harrington told USA Today. “Priority is his family. He wouldn’t play golf this week if it wasn’t for his son.”