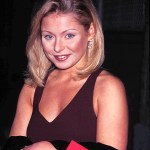 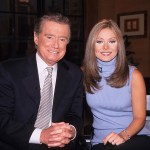 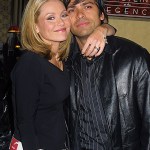 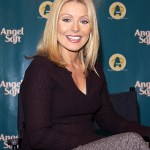 Kelly Ripa was joined by guest co-host and husband Mark Consuelos for the Wednesday episode of ‘Live With Kelly and Ryan’ and they discussed the challenges of not fitting into old clothing.

Kelly Ripa, 51, is ditching her skinny jeans and accepting her boyfriend jeans. The talk show host and her husband Mark Consuelos, 50, talked about the struggles of the COVID pandemic and how it caused them to no fit into their clothes for a while, when they co-hosted the Dec. 15 episode of Live With Kelly and Ryan. Kelly also admitted that she’s now been getting ready to get rid of some clothes she feels she’ll never or should never wear again.

“Do you know what I finally did? I finally parted with things that were just a pipe dream,” she said while on the show, according to PEOPLE. “You know what I mean? Where you’re like, ‘I’m not doing it anymore? This is a thing of the past. This is never going to happen for me again and TikTok says it’s inappropriate for me to wear these things.'”

A post shared by LIVE with Kelly and Ryan (@livekellyandryan)

Kelly then replied, “Isn’t that that the best?” before saying, “Yeah, we’re all going through it.”