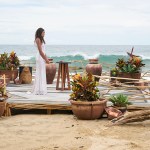 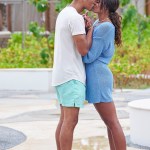 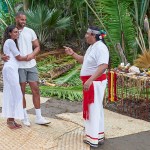 Michelle Young broke down in tears as she struggled with deciding who to send home after going to the fantasy suite with all three remaining men on ‘The Bachelorette.’

Joe Coleman was eliminated during the Dec. 14 episode of The Bachelorette, but it was not an easy decision for Michelle Young. This week, Michelle’s final three men — Joe, Nayte Olukoya, Brandon Jones — each had another one-on-one date with the Bachelorette, which ended with the chance to spend the night in the fantasy suite. Going into the date, Joe was looking forward to being as “open as possible” with Michelle after telling her that he was falling in love with her at hometown dates.

“Joe and I have moved at a little bit of a slower pace, which is not a bad thing,” Michelle admitted. “But this engagement is around the corner. Last week, Joe told me that he was falling in love with me. I do feel like I’m right there, and I hope today is going to be that point where I can say I’m falling in love with Joe.”

During the daytime portion of the date, Michelle saw the “goofy” side of Joe for the first time, and told him that she loved getting to see that part of him. Plus, he admittedly helped her feel less homesick, as they’re both from Minnesota and have bonded over that all season long. However, there was still more that Michelle wanted to find out. “Going into tonight, there’s so much more to learn about him and hopefully that’s what would give me the clarity to see if he could be somebody I could see spending the rest of my life with,” Michelle explained.

'The Bachelorette': Michelle Young's Hottest PDA Photos With Her Final 3 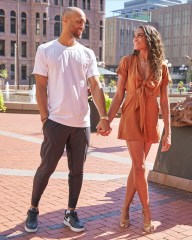 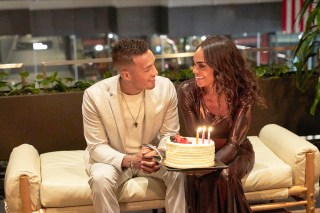 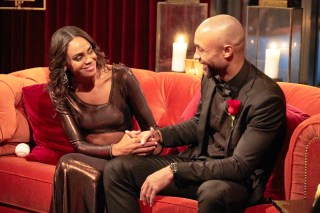 The pair’s conversation opened up even more at the nighttime date. Joe wanted to make it clear that he was ready for marriage with Michelle. The two discussed potential children and what they want out of the future. They both agreed that they want to make an “impact” in their lives, and Joe gushed that he thinks they’ll make a “powerful couple” in the real world. “Having spent today together has really shown me how much we connect,” Michelle admitted. “And where our similarities are, where we balance each other out. I feel like I got a lot of the answers I was looking for.”

Michelle and Joe spent the night together in the fantasy suite, and he told her that he was “falling even more in love with [her] every moment [they’re] together.”  Interestingly, though, Joe didn’t tell Michelle that he was in love with her. In comparison, earlier in the episode, Brandon did express those feelings, and in response, Michelle said that she was “falling in love” with him. With Nayte, Michelle flat out said that she was “in love” with him after he said those three words, as well. So, while Michelle did assure Joe that she “cares” about him and “can see a future” with him, it was telling that she didn’t say the “L word” in any context on their one-on-one.

At the rose ceremony, Michelle gave her first rose to Nayte, and her second to Brandon, which meant it was officially Joe’s time to go. As she said goodbye to Joe, Michelle was in tears. She praised him once again for pushing himself to open up. “I care about you so much,” she told him. “You have a piece of my heart and I think you always will. I’m sorry. I didn’t want to break your heart.”