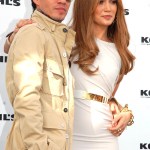 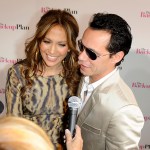 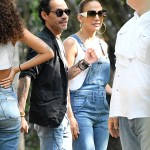 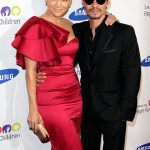 The singer was bundled up, as he went out for dinner in New York City with his gorgeous girlfriend Madu Nicola.

Marc Anthony looked like he was trying to keep a low profile, while out and about in New York. He and his girlfriend Madu Nicola had a night on the town on Thursday December 9, as they walked arm-in-arm together. Madu looked absolutely smitten by the 53-year-old Grammy-winner in new photos, which you can see here, via DailyMail. The night out was three months after the couple made their debut at the Billboard Latin Music awards in September.

Madu and Marc braved the cold, and the “Pa’lla Voy” singer was dressed in an appropriately warm outfit. He sported a beige coat, over a blue sweatshirt and jeans, along with a pair of Nike sneakers. Marc bundled up with a gray scarf, black leather gloves, and he completed his outfit with a blue baseball cap and sunglasses. Madu stunned in an all-black outfit with a tan coat over it and a matching black scarf, as she held her boyfriend’s arm. She was all smiles, as the pair headed out after dinner.

The couple’s outing came two days after Marc’s ex-wife Jennifer Lopez and her boyfriend Ben Affleck had a courtside NBA date to watch Ben’s hometown team, the Boston Celtics take on the Los Angeles Lakers at LA’s Staples Center. J.Lo, 52, and Ben, 49, got cozy as they enjoyed the basketball game. The “I’m Real” singer and Good Will Hunting actor rekindled their relationship in April 2021, almost 20 years after they first dated in the early aughts. 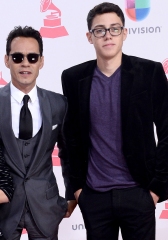 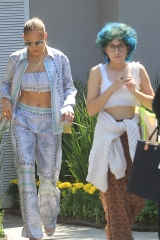 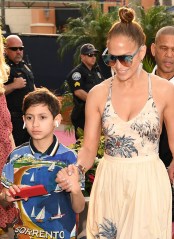 J.Lo and Marc were married from 2004 to 2014, and the couple share their 13-year-old twins Max and Emme. Shortly after Jennifer and Ben started dating again, the singer met up with her former husband for a coffee date. As Bennifer’s relationship heated up over the summer, a source close to Marc revealed his feelings about their relationship to HollywoodLife in July. “Marc just wants Jennifer to be happy,” the source said. “He’s fine with her spending more time in L.A. and they’ll have an arrangement for the kids that works. They support each other’s wants and needs and make it work.”