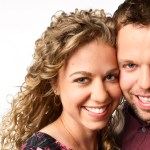 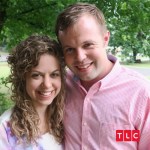 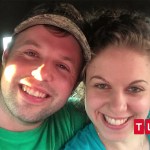 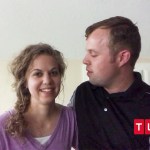 Anna Duggar was seen leaving a federal courthouse after her husband Josh Duggar was found guilty on child pornography charges, facing up to 20 years in prison.

Anna Duggar looked forlorn as she was seen leaving the federal courthouse in Fayetteville, Arkansas on Dec. 9 after her husband Josh Duggar, 33, was found guilty on two charges of receiving and possessing child pornography. The 33-year-old kept her eyes down and her hands folded as she walked outside the building after a seven-hour deliberation. Josh faces 20 years in prison, as well as $250,000 in fines for each guilty count. A lawyer previously explained to HollywoodLife that Josh will most likely serve the sentences concurrently.

Anna has been at her husband’s side since the The 19 Kids and Counting star was charged in April with two counts of downloading and possessing child pornography. It has been reported that some of the images depict the sexual abuse of children under the age of 12. On November 30, Anna was seen holding Josh’s hand and arm close to her, as the couple made their way into the courthouse together for the beginning of his trial. She similarly stood by him and held his hand when they left a courthouse back on September 27.

Just two days before Josh’s pre-trial hearing on Nov. 18th, Anna revealed she had given birth to her seventh child with Josh on Oct. 23, a daughter named Madyson Lily. Although Josh was barred from having contact with minors ahead of the trial, he was given permission to spend time with his children, including Maryella, 2, Mason, 4, Meredith, 6, Marcus, 8, Michael, 10, and Mackynzie, 12.  “I recommend that you govern your actions by thinking about where you might go and who you might encounter,” Judge Christy Comstock said during the May 5 hearing. “You might not ought to go to birthday parties, family dinners, church activities.”

When news broke of Josh’s arrest, TLC announced they would be canceling Counting On. “TLC will not be producing additional seasons of Counting On,” the network said in a June statement. “TLC feels it is important to give the Duggar family the opportunity to address their situation privately.”

This isn’t the first time Anna has had to face Josh’s name being in the news for sex crimes. He admitted to molesting four of his sisters in 2015. That same year, he also spent six months in rehab after confessing to a pornography addiction.