Now that Britney Spears is free from the conservatorship that dominated her life for 13 years, she’s ready to air out some dirty laundry. “As much therapy as I’ve had to do against my will,” the pop star, 40, began in an Instagram post on Thursday, “being forced to pay and listen to women telling me how they are going to further my success … it was a joy,” she wrote, sharing a video mocking the “women” in question.

“Hi so just as your therapist today, I’m here to just ask you a couple of questions,” Britney said in the video, mocking the kind of therapist she would encounter who would tell her to “just relax” while she “did the work” for her. “The psychosis that goes on in your head kinda goes into mine, too, so we need to clear these blockages […] so I can do my work to help you succeed,” Britney again mocked the “therapist.”

The mother-of-two then acted as herself in the video, laying on the couch and taking in the therapist’s words. “Yes, I’m feeling fine. I’ve had a great year, I’ve had a great day,” she said as herself, hilariously deadpanning while on the couch. In her caption, Britney continued by writing, “10 hours a day, 7 days a week … no lie … in this beautiful nation it would only be fair for me to dedicate my life to skits to the wonderful therapist,” adding that she “genuinely” thanked her care givers for their “efforts.”

Toward the end of the video, she shouted obscenities about her experience, and explained in the caption that it was her “celebrating” since her new medication is “working” for her now. “KISS MY MOTHER F—ING ASS 💋🍑 !!!!!” she ended her caption, showing how much the experience truly upset her over the years. 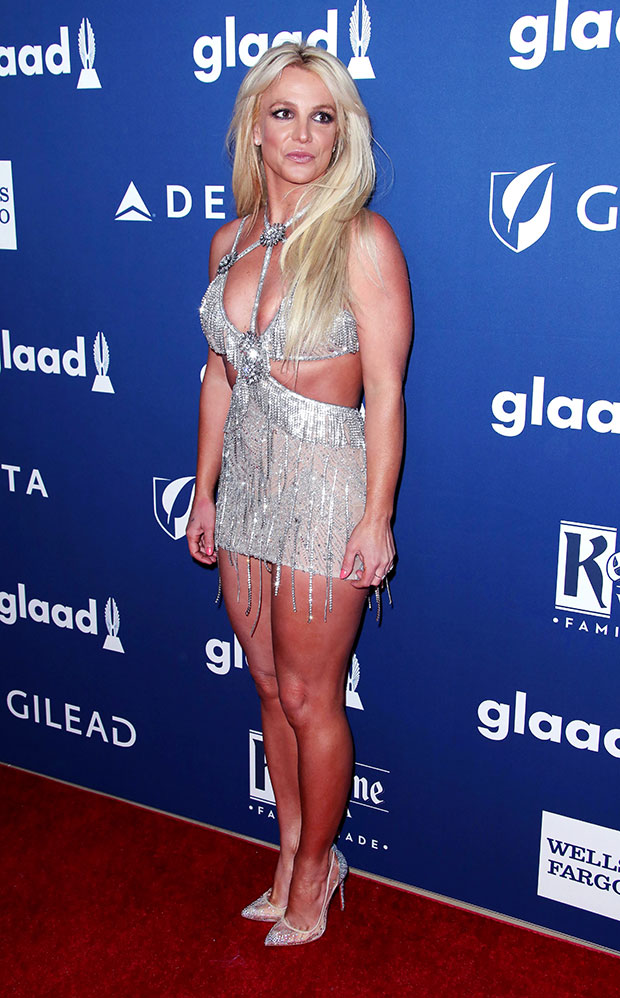 In another recent post, the “Till the World Ends” singer revealed that she was on the “right medication” now and reflected on the disturbing issues of her past under the conservatorship, where she alleged she was forced her to take medications that she did not want to take, including lithium, for not “cooperating” with their rules.

“After I said no to Vegas, my therapist sat me down in a room and said he had a million phone calls about how I was not cooperating in rehearsals, and I haven’t been taking my medication,” Britney stated in court. “All this was false. He immediately, the next day, put me on lithium out of nowhere.”

The termination of Britney’s 13-year long conservatorship came after her estranged father Jamie Spears, 69, was suspended as a co-conservator in September, a role he held since the legal arrangement that began in 2008. In her first court hearing in June, Britney called for the removal of her father, later declaring that she wanted to press charges against him for conservatorship abuse.