Kourtney Kardashian and Travis Barker’s relationship will be featured in the family’s Hulu reality show. The couple was spotted holding hands while filming a scene for an upcoming episode on December 1.

Get ready to see even more Kourtney Kardashian, 42, and Travis Barker, 46, on your TV screens! The engaged couple was seen in Beverly Hills on December 1 filming scenes for the new Kardashian reality show, which will air on Hulu in 2022. Kourtney and Travis held hands as they walked through a parking garage, and Travis flashed a smile for the cameras.

Kourtney wore an oversized Rammstein sweatshirt and tall black boots for the outing. Travis wore a white t-shirt, black jeans, and a black and orange jacket. In one photo, the couple was seen hugging as they waited for the elevators.

The new Kardashian reality show is not a new season of Keeping Up With the Kardashians. After KUWTK ended, the KarJenners signed a massive multi-year deal with Hulu. “This is the next chapter,” Kris said during Disney’s Upfronts in May 2021. “In the new show, you’ll see us evolving as a family, fans want us to be who we are and since moment one, they’ve been emotionally invested in our show just like we are. The fans will love seeing us continue the journey. I can’t say much about what’s coming but spoiler, we’re going to look fabulous and everyone’s going to watch.”

Kardashian Transformations: Then Vs. Now 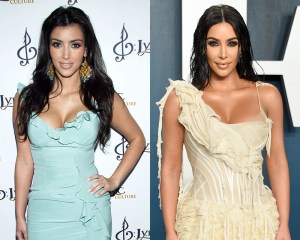 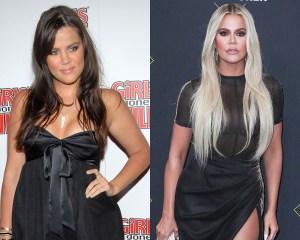 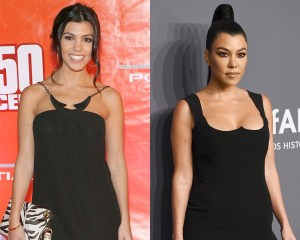 Production on the series started in September 2021, just three months after KUWTK came to an end. Since then, so much has happened for Kourtney and Travis. Travis proposed to Kourtney on the beach Montecito on October 17. The engagement was reportedly filmed for the family’s Hulu reality show, according to PEOPLE.

The majority of the KarJenners will be involved in the new reality show, as well as Kourtney’s ex Scott Disick, 38. HollywoodLife learned EXCLUSIVELY that one Kardashian who will not be involved is Rob Kardashian, 34, who didn’t have a major role on KUWTK in its latter seasons. “Rob will not be appearing in their Hulu show because he does not want his life or the life of his daughter [Dream] to be a part of it,” our source said. “Everyone respects this decision.”