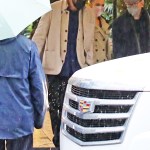 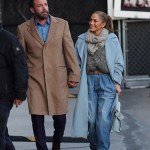 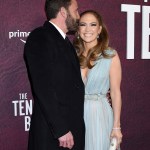 Ben Affleck is ready to talk Bennifer 2.0! The actor dishes on his ‘beautiful’ reunion with Jennifer Lopez, saying he feels ‘lucky’ to have ‘second chances’ in his life.

Ben Affleck, 49, opened up about his relationship with Jennifer Lopez, 51, and the romance they rekindled after ending their engagement almost 18 years ago. Calling the reunion a “great story”, Ben joked that he might even “write it all down” one day. “I can say that it’s definitely beautiful to me,” he told WSJ of getting back together with J.Lo  “And, you know, one of the things I really value across all facets of my life now is that it was handled in a way that reflected that.”

“And it is a good story. It’s a great story,” he continued. “And, you know, maybe one day I’ll tell it. I’ll write it all out. And then I’ll light it on fire.” Ben also reflected on what it means to have another shot with the Marry Me actress. “I am very lucky in my life in that I have benefited from second chances, and I am aware that other people don’t even get first chances.” He went on to explain how learning from one’s failures can often lead to getting another chance. “I’ve definitely tried to take advantage of that. I haven’t always been successful, but in cases in which I have, they’ve turned out to be the defining aspects of my life.”

Ben clearly wants to spend as much time as he can with J.Lo on their second time around, as he reportedly celebrated Thanksgiving with her. The actor even brought his children Violet, 15, Seraphina, 12, and 9-year-old Samuel to mingle with J.Lo’s twins Max and Emme, 13, a source told HollywoodLife EXCLUSIVELY. “They are going to make this Thanksgiving a family affair,” the insider said ahead of the holiday.

Ben shares his three children with Jennifer Garner, but the co-parenting champs have no issues on sharing during the holiday season, according to our insider. “They have it all scheduled and figured out. The kids are going to be everywhere, and Ben and J.Lo are going to spend time together. It all is going to work out as simply as it possibly can. There are no issues that will be coming up this holiday [season], [and] everyone is on the same page.”

The former couple – who split in 2015 and finalized their divorce in 2018 – are committed to raising the kids in a positive environment, especially around the festive season. “Ben and Jen [Garner] get along as co-parents better than anybody,” a second source tells HollywoodLife EXCLUSIVELY, “but that also means they’ve worked out the kinks to ensure everyone is on the same page when it comes to these things.”