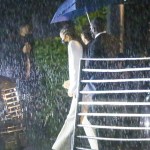 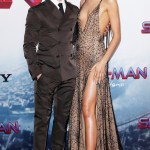 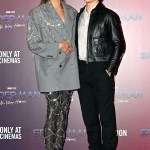 The ‘Spider-Man: No Way Home’ co-stars stepped out for a romantic evening in Paris, as the couple got dinner together.

Nothing more romantic than a dinner in Paris! Tom Holland and Zendaya were spotted going on a dinner date together at France’s Le Giraffe restaurant on Sunday November 28. It’s one of the couple’s first public outings, after the 25-year-old actor finally opened up about their relationship in a brand new interview with GQ on November 17. The pair looked dapper and ready for a night on the town.

As the pair headed into the restaurant, they were both bundled up. Zendaya, 25, stunned as she clutched a brown, fur-lined coat around herself. Underneath, she was wearing a gorgeous, matching dress, completed with high heels, and her hair tied into a neat bun. Meanwhile, Tom sported an all-black outfit with a cozy-looking jacket over it. He also sported a low-key gray cap, as they headed into the restaurant. 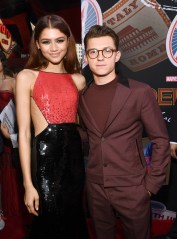 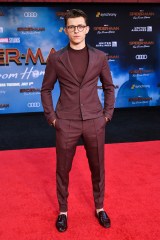 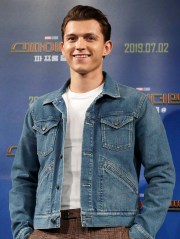 The two actors’ relationship has been known since they were photographed kissing in July 2021. Tom opened up about wanting to keep their romance private in the GQ interview. “One of the downsides of our fame is that privacy isn’t really in our control anymore, and a moment that you think is between two people that love each other very much is now a moment that is shared with the entire world,” he said, noting how much he shares with his girlfriend. “This isn’t my story. It’s our story. And we’ll talk about what it is when we’re ready to talk about it together.”

While the new interview was the first time that Tom publicly acknowledged the relationship, the Spider-Man actor has shared plenty of flirty comments and posts on Instagram, where they seem totally smitten with each other. When he wished Zendaya a happy birthday in September, he sweetly referred to her as his “MJ,” showing that he’d found the Mary Jane to his Peter Parker. Zendaya was similarly complimentary to her boyfriend during an October 2021 interview with InStyle, where she raved about how well he handles the pressure that his superhero role comes with. “In an actor way, I appreciate that he really loves being Spider-Man. It’s a lot of pressure — you take on the role of a superhero wherever you go. To the little kid who walks by, you are Spider-Man. I think he handled that so well,” she said.