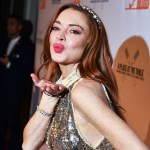 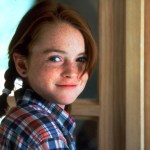 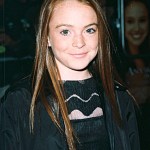 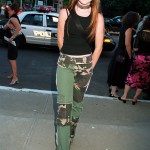 Tis the season of LiLo. Netflix released the first look of Lindsay Lohan in her upcoming Christmas rom-com, and it should get you into the holiday spirit.

Netflix’s official Twitter account summed it up: “She’s back!” Lindsay Lohan will star in an upcoming holiday rom-com for the streaming giant, and Netflix gave fans an early peek at this Christmas present on Friday (Nov. 12.) In the first still from the currently untitled movie, Lindsay, 35, looks radiant as she stands next to Chord Overstreet. LiLo rocks her trademark red hair, a forest green winter coat, a holiday sweater, and a red plaid scarf. Chord, 32, is also dressed for the cold weather in a dark plaid coat with a red scarf.

The tweet was greeted with glee from fans. “OMG! HIDE UR FAVES!! QUEEN LINDSAY LOHAN IS COMING FOR HER THRONE.” “Lindsay looks amazing, I can’t wait.” “So happy for Lindsay she really deserves this comeback!!!” “She looks great. Good to have her back in time for the holidays.” “Honestly rooting for her. She had her ups and downs, as any human has experienced, and I’m glad she still stuck around.” “She looks stunning!!!!”

In the untitled movie — which is expected to stream during the holiday season next year, according to Variety – Lindsay plays a “newly engaged, spoiled hotel heiress” who gets amnesia after a skiing accident because of course, she does. While in the throes of memory loss, Lindsay “finds herself in the care of a handsome, blue-collar lodge owner,” aka Chord, “and his precocious daughter in the days leading up to Christmas.” The film also stars George Young, Jack Wagner, and Olivia Perez.

Lindsay withdrew from acting due to her personal demons getting in the way of her career. She moved abroad to live in Dubai and around Europe. In 2019, she starred in the Lindsay Lohan’s Beach Club reality television series and was a panelist on The Masked Singer Australia. She has continued to act sporadically over the past decade, taking roles on series like Sick Note, Eastbound & Down, and 2 Broke Girls, and in movies like 2013’s The Canyons and Scary Movie V. Her last major film role was in 2019’s Among the Shadows. 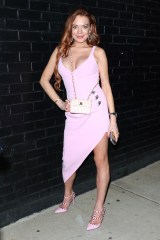 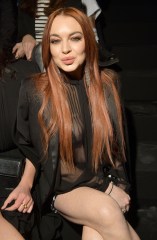 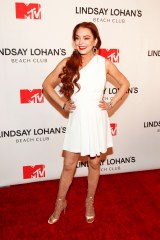 .@lindsaylohan tells @andersoncooper and @Andy that she wants to spend 2020 “taking back the life that I worked so hard for and sharing it with my family and you guys.” #CNNNYE pic.twitter.com/dX8i0iBUjJ

This return has been years in the making. During CNN’s New Year’s Eve Special in late 2019, Lindsay told Anderson Cooper and Andy Cohen that she wanted “come back to America and start filming again,” and “taking back the life that I worked so hard for, and sharing it with my family and you guys.”

Jonathan Bennett told HollywoodLife in May that after hearing news of Lindsay’s new Netflix movie, he sent a message to his Mean Girls co-star. “‘Congrats, I can’t wait, you’re gonna shine like a diamond baby,'” he wrote. “She said, ‘Thanks, love.'”